Regular duckrabbit readers will know that I’m not a big fan of black and white photography. David White, the photographer in duckrabbit, says it’s my blind slot. He’s right, but I’m learning.

I’ve just come across another learner. Benjamin Jarosch, a young New York based photographer looked me up on Skype to chew the fat on multimedia. He’s assisting one of the worlds greatest photojournalists, Joseph Rodriguez, whose work you’re going to be hearing and seeing a lot more of in the coming week or so but for once we’re going to start with the apprentice.

‘The Banks’ is obviously some skate park. More than that I don’t know and maybe Benjamin will add some comments for me to post here. What I LOVE about this set is its warmth and its tenderness. He’s taken a group of kids, typically stereotyped, and brought out the lyricism of their lives when it could have all been macho, stylized bullshit. You can sense real vulnerability in their lives.

Benjamin has found the right master to learn from. It shows.

Poetry. And some. More please.

UPDATE from Benjamin:
“The Brooklyn Banks” as it is commonly called, is an internationally known skate park. It is one of the few places in New York where skaters and bikers can ride without running into legal problems. It is also a place of community created by youth from all over NYC who come here to live life and prove themselves. It is here that one can get a real taste of today’s New York.” 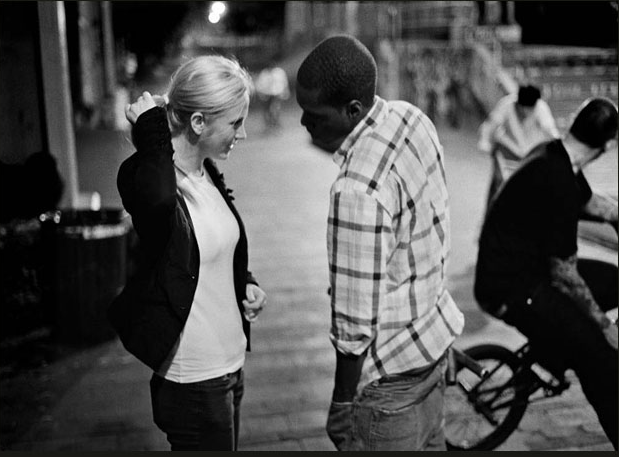 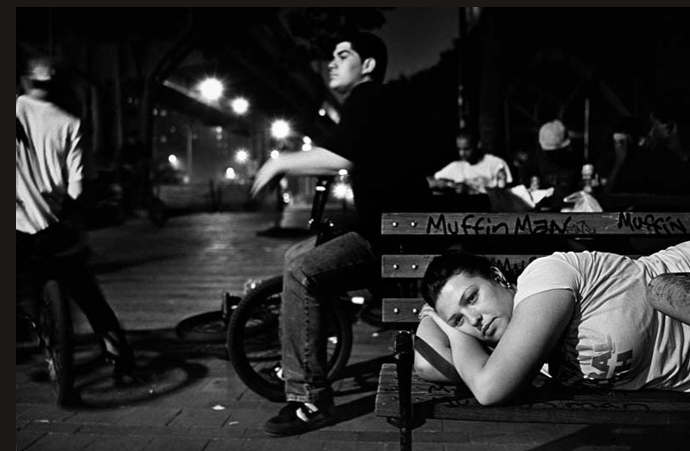