Why the left can be as moronic as the right, and just as dangerous 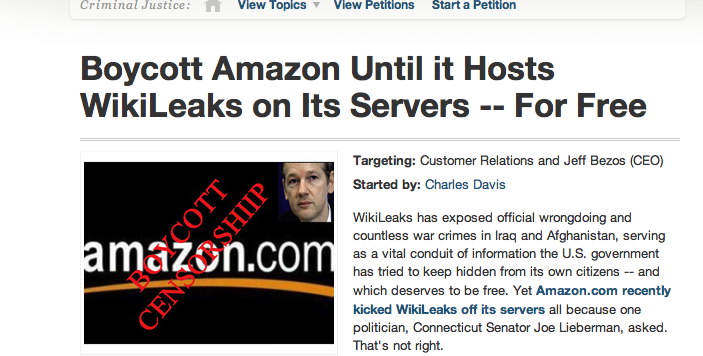 If you believe in freedom, surely Amazon have the freedom to choose who they host? We of course have the choice not to shop with them, but demanding it ‘re-host’ wikileaks (important as it is) for ‘free’ is the call of a would be dictator.

Go after the Senator who is publicly elected, not a company whose mandate is to make money (in this instance).