When duckrabbit first published a post pointing out that Ron Haviv, a founding member and owner of VII photo, was working on advertising campaigns for the arms industry he issued a statement in which he wrote:

‘VII is not associated in any way with the images in question…I’ve established that all the images on my commercial campaign section mistakenly carried the copyright Ron Haviv-VII as the result of an auto captioning error. I draw a strict line between my photojournalism and commercial campaigns’

This is the photo taken by Haviv, and sold to Lockheed Martin to advertise bombs, that he claims is not in any way associated with VII, a statement which VII supports: 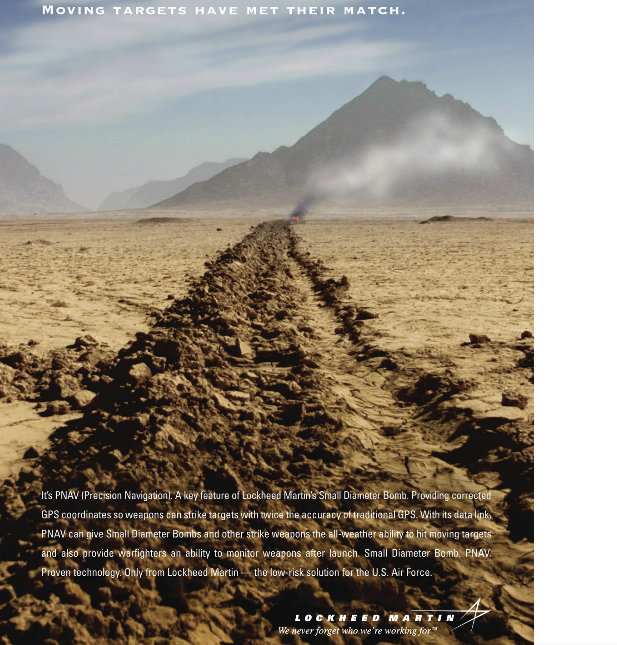 Perhaps they can both explain then why the photo below was first published in 2002 as the opening shot in a book for sale on the VII website about the Afghanistan war with the following copyright notice (C)Ron Haviv-VII.  Just another auto captioning error?