Nic Dunlop and the Photographer of S21 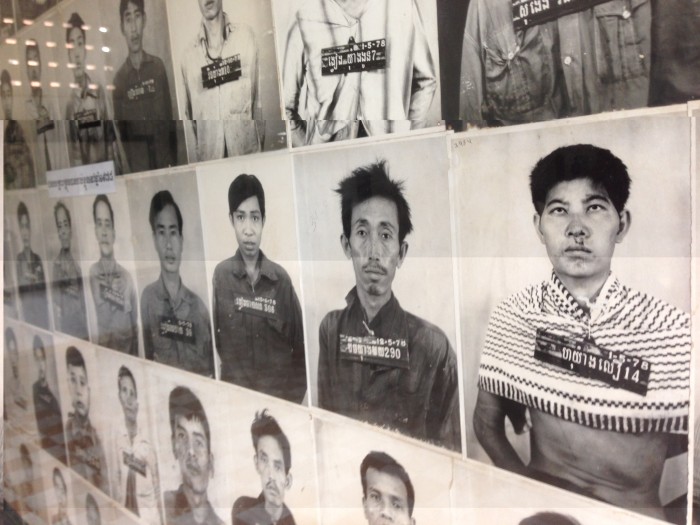 In Cambodia last month I had the chance to visit Phnom Penh’s genocide museum. It’s housed at the site of the French Lycee which became the Khmer Rouge’s infamous ‘S21’ prison. Of the estimated 20,000 prisoners who passed through S21 between 1975 and 1979, only seven survived. The rest were imprisoned, tortured into confessions of crimes against the regime and executed.

It’s a striking place to visit. The airy classrooms were bricked up by the Khmer Rouge to make blocks of tiny single cells whilst the open balconies were wire netted to prevent the inmates from attempting suicide. The various instruments of execution and torture, from the gallows constructed from the school’s gym equipment to the whips and water-boarding tables used by interrogators to extract confessions are there on view.

But most striking of all are the photographs. Every prisoner was photographed on arrival at S21, a prison identity number hung around their necks, the vast majority still bound and caught by the camera at the moment that their blindfolds were removed. It was an essential and rigorously enforced part of the S21 induction ritual. A special chair with a metal rod protruding at head-height was used to ensure that each subject was correctly positioned for their moment in front of the camera. 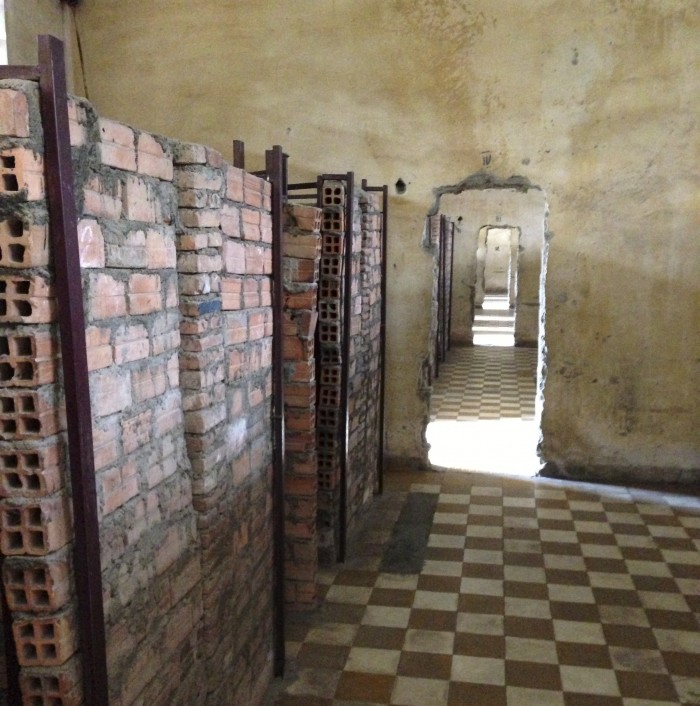 It seems ironic that these photographs which detail such extremes of the human experience – fear, shock, confusion, defiance and despair – and which are so emotionally affecting for the viewer, were taken by the regime as the first step in a process that was explicitly designed to dehumanise the subjects. The photograph was an important part of the procedure that turned people with names, families and histories into identikit ‘enemies of the state’ destined for torture and swift passage to the execution grounds.  I found myself wondering about the identity and state of mind of the photographer or photographers whose camera shutter had marked and recorded this moment of transition for so many men, women and children.

Photojournalist Nic Dunlop’s excellent book ‘The Lost Executioner’ has some answers. The photographer’s name was Nhem Ein.  He’d been a Khmer Rouge recruit since the age of 10 and had trained in photography in Shanghai before becoming S21’s official photographer. Ein told Dunlop that “My duty was as a photographer – I took photographs. I felt sad, confused but I would have died if I had shown any reaction”.  Two of Ein’s own relatives were among those he photographed on their way to the interrogation rooms and to the killing fields.

Dunlop also asked Ein about the reaction he would like to see from those who view the images now. Ein’s answer was that “he hoped that people would admire the photographer’s skill because they were nice and clear and without technical error. And secondly he hoped they would feel pity and compassion for the prisoners.”

Dunlop wonders whether Ein’s comments express a view shared by many photographers. He asks whether photojournalists, (himself included) have become “driven to justify what they do by elevating their images to the realm of high art… into icons of universal or ‘third world’ suffering, disassociated from their political, historical and social context”.

Ein’s S21 photos were exhibited at the Museum of Modern Art in New York and printed in an expensively produced book.  To Dunlop’s mind, in that format the photographs become “studies in photography’s aesthetic possibilities first and evidence of mass murder second… a self-defeating exercise in highbrow voyeurism”.

Dunlop admits in the book to a growing frustration with photography’s limitations in communicating complex issues. I can see what he means though I’m not sure I share that frustration myself.  Photography alone can’t be expected to satisfactorily explain something as complicated as the mix of domestic and foreign politics, culture, and history that gave rise to the sustained viciousness of the Cambodian genocide.

And whilst a still image can only ever be a small part of a story, looking again at the photographs from S21 and into the eyes of those human beings destined for brutal suffering and death at the hands of their own countrymen, it’s hard to imagine any other medium being able to document and communicate extreme and complex human emotion quite so economically and so powerfully. 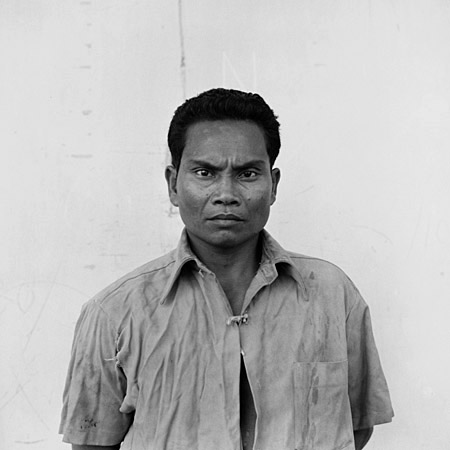 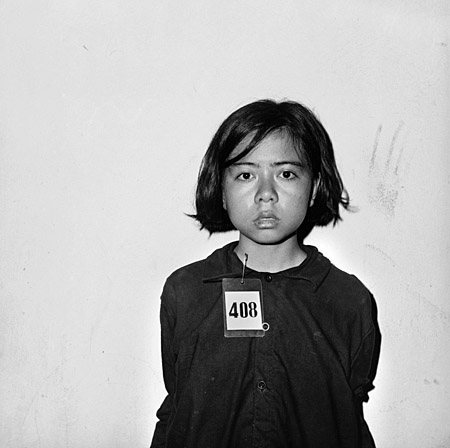 Nic Dunlop’s book about how he tracked down the commandant of S21 is a really good read and I recommend a look.  A fantastic story, well-told and with some perceptive thoughts about photography too.