Are you a World Nomad? 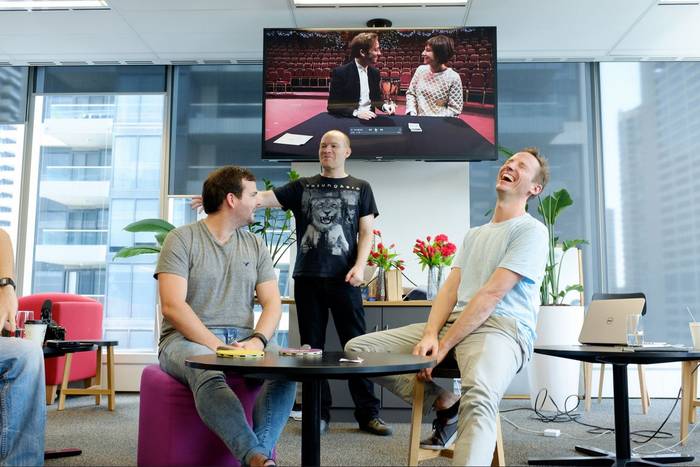 It’s an understatement to say I’m not built for jet-lag.   So when Christopher Potter (Creative Director for World Nomads Group having a good laugh at me above) emailed to ask if duckrabbit would come to Sydney and give a training I was flattered but set up a skype convo to politely decline.  I just couldn’t imagine flying half way around the world and having the brain power left to deliver a really sharp training.

Turns out that Christopher could talk a highly suicidal lemming off a cliff and by the time we’d finished our chat he’d somehow talked me into teaching a couple of workshops.

It’s deeply encouraging to me that business’ like World Nomads want to invest in visual storytelling. Not just by outsourcing work to creative agencies but by empowering their own staff to think deeper about what they do; why it matters and what stories are worth telling.

At duckrabbit we spend a lot of time thinking about what is means to tell stories authentically. It always surprises me how businesses and charities often reach for advertising clichés that have little play with audiences when they already have great stories to tell. Too often there is lack of collective belief in the value of what they do. Either that or the agencies they employ have no confidence in what they’re being paid to sell.

Belief in what you do + great product + honesty + effectively market like mad = success.  Visual storytellers who can help companies package this will inherit the earth (or at least get to do some great work along the way).

No such problem at World Nomads. They do really good shit. They get people home when terrible things happen. And they also get their customers to fund good shit through their Footprints charity (run by a tiny but super dedicated team).

OK Benjamin (I hear you say) why are you bigging up this company who’ve just invested a lot of cash to fly you half way round the world to train their staff?

Two things. Business is a great way to create jobs, educate people, and give something back. We should celebrate business’ that actually do these things.

Secondly I travel a lot. My worst nightmare is that a member of my team gets hurt in a foreign country where medical assistance is hard to come by. I watched just how hard the emergency team at World Nomads (led by the legend that is @Lisafryer) work to help people through desperate times.   I’m changing duckrabbit’s insurance so if the worst happens at least I know the team dealing with it genuinely care about the outcome.

Oli and I had a great week. We trained some talented and really enthusiastic people which despite the jetlag was a huge buzz.

THANKS Chris P, Simon, Chris N, Pari, Lisa F, Frieda, Laura, Alicia, Seb, Cho, Marty, Chris, Lisa D, Sue, Celia, plus all the people who came on the one day training and a big thanks to the rest of the company who very graciously sat through my very jet-lagged talk.

By the way this is the back story to the training:

Christopher Potter won a company award that enabled him to fly anywhere in the world and train. He could have come to the UK and done a week long one on one training with duckrabbit (for example). Instead he decided he wanted as many people in the company to benefit so he flew us out to Sydney.  That’s just the great guy he is. So a special thanks to Chris who put a lot of hard work into getting us out to Sydney. 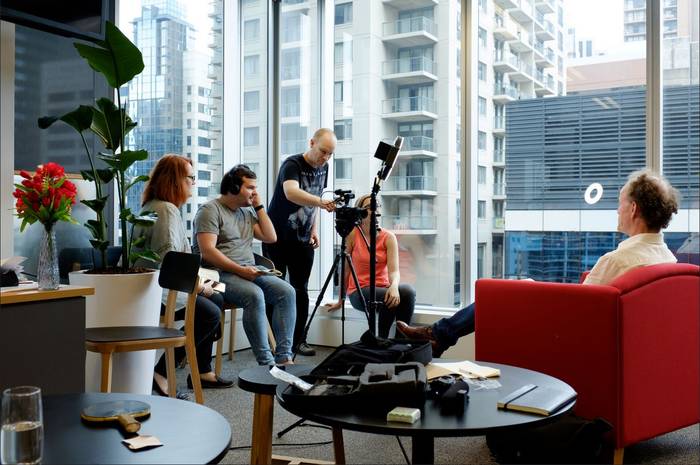 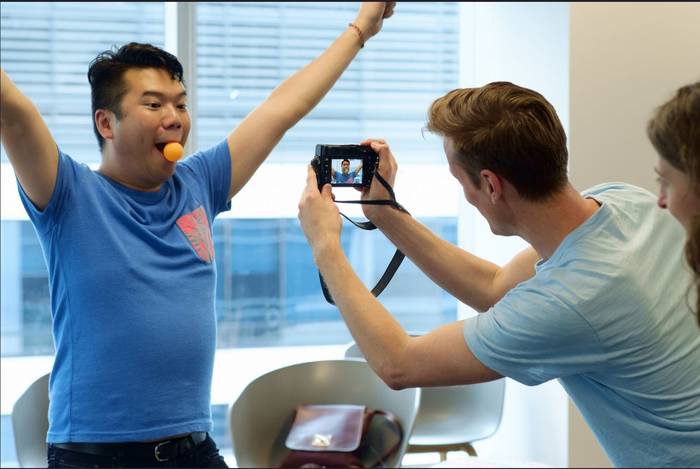