“Who controls photography…..and how to liberate it”

“I am uncomfortable watching an interrogation that is misguided if related to some elusive standard of photojournalism. The supposed ethos at Magnum was cooperative effort: from each according to his ability, to each according to her needs.”

But here’s something that might throw some light on the issues, from someone who seems to know a lot more than any of the commentators I’ve read so far.

Head on over to Photocritic International and read Guest Post 23: Robert Dannin on Steve McCurry. 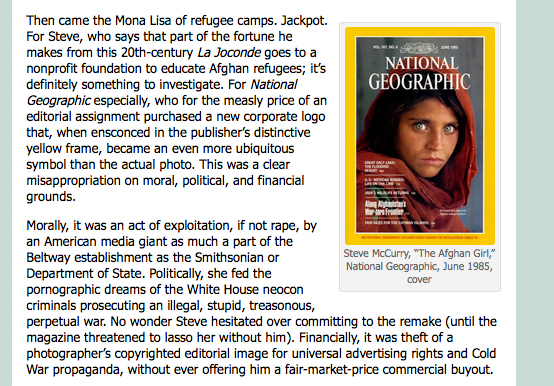