I’m sat in the audience during a session on NGO’s which goes something like this: us, them, us, them, storytelling, budgets, tangent … and then it all kicks off.

In the comforting gloom of the auditorium lurks Søren Pagter, a guy responsible for probably the best undergraduate photojournalism course in the world.  He’s got a great rant under his bonnet and it’s about to blow.

“I am not responsible for the economics of the photojournalism world. I am not. I am NOT. AM NOT. NOT NOT NOT. NOT. Economics. Me. No.”

Which are. As he points out. If you hadn’t noticed. Fucked (the economics of photojournalism, not Søren who is awesome).

I’m not sure he was ever charged with the crime he defended himself against but he certainly seems to feel a target. The electricity that lit his larva lamp is Danish photog and panellist Johnny Frederikson.  Johnny the guy at every festival who always has a camera and smile to hand. He re-aims:

“You run the most successful photojournalism course in the world, which is preparing students for jobs on newspapers that no longer exist. They will have to leave this country to find work. Right?”

I don’t know what this has got to do with NGO’s, but he’s got a point. Four years on a photography course preparing you to do a job that is what?

Welcome to Crossover Web Documentary Festival, where at least the idea of making a living as a visual journalist is on the table.

It’s a special place. I can’t tell you how many people at the end of the three days told me they hope you don’t find out about it and gatecrash next year.

A lovely bunch of people gathered in Denmark, interested in the idea that there is life after photography, after the four year degree, after the numbing career,  the newsroom euthanasia, after the wedding shoots, after the dream has died.

That somehow online film: where documentary, photography, storytelling, VR, music, soul, journalism, eye of newt, toe of frog and Bombay Flying Club, all come together and can offer possibilities so far beyond the notion that something (visual journalism/storytelling) has died we honestly can’t believe such a clapped out cliche existed.

There will be screenings, debate, eating, laughing, workshops and superb installations. There will be people who you’ve always wanted to meet. They will talk to you and be interested in what you have to say. There will be no hero worship. This is not an ego ponzi scheme. There will be no tossers. There will be no endless speeches. No posturing. And because we are in Denmark everything will be better than expected, apart from the food bill, which will be more shocking then the flies in your eyes journalism at Perpignan.

There will be moments of gentleness and kindness and I’m lucky to be here and belonging. This revolution for photography festival types will not be televised. You will have to be here (next year).

And oh yeah some lucky bastard will win an obscene amount of money for what the judges subjectively agree is the best online mini-doc of the year.

(If you want to learn how we made the winning film book on our  training in November and finally a massive thanks to Henrik and Eva for organising the festival. You did a great job.) 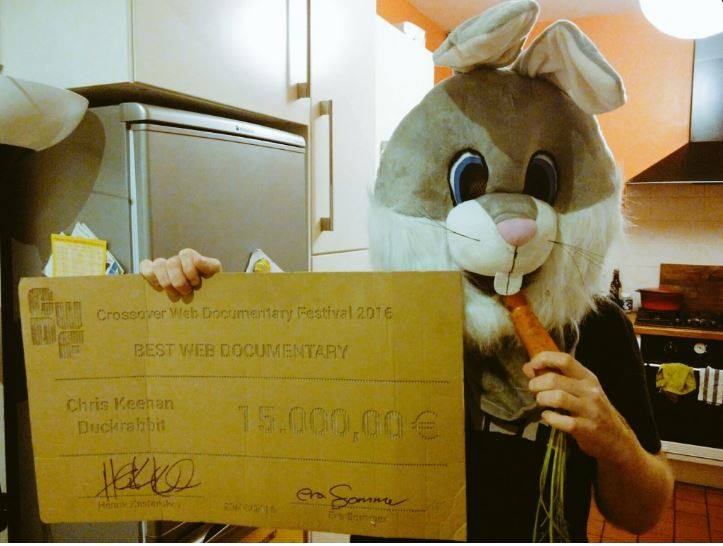