Do you, or your organisation, want to make films like this one (we just made this for The International HIV/AIDS Alliance) but don’t know how to get there? Then this course is for you.

You can learn the hard way, from your mistakes, and you can also pick up a lot technical knowledge online but it’s better, quicker and less costly to learn from other film-makers successes and also their mistakes.

Along the way we’ll also be trying to save you the pain of agreeing deadlines that are un-meetable, budgets that leave you broke, the pain of alienating your subjects so much that they go AWOL and the pain of your film being a shambles that no-one wants to watch or pay for! 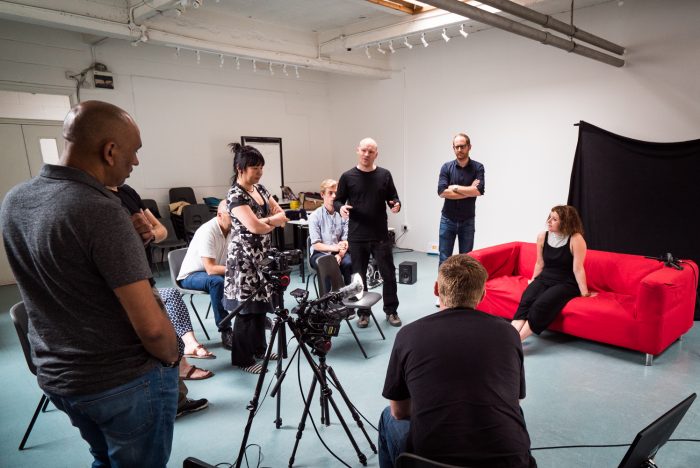 We’re going to do that by re-creating a film-set. And on that film-set we’re going to take you through every stage of production up until the point of the edit.  We’ll start with a real world brief. You’ll know it’s real world because it will be almost unachievable. We’ll work through how to take that brief, persuade the client that it just won’t work and then work with them to adapt and agree something that is achievable. We’ll then take you through pre-production. How to set up a shoot that makes sense. How to prepare your guests. How to start visualising the story. Understanding what is actually achievable in a five minute film. What kit to take. How to brief your videographer (if you are working with one).

We’ll teach you the basics of directing. You can’t learn that on-line. It’s all about people.

We’ll practise sequencing shots. We’ll set up and record an interview. We’ll break down how to light the interview, how to record decent sound and most importantly how to get the best out of someone.

Along the way we’ll share with you the lessons we’ve learned and the mistakes we’ve made. We’ll even buy you a beer (or a soft drink).

And we’re going to do all that in two fun and hands-on days. By the end you’ll know how to get all the basics right and with practice, kit and hard work that’s enough to kick-start you on the journey to making really decent mini-documentary films.

To sign up or for more info have a look here. 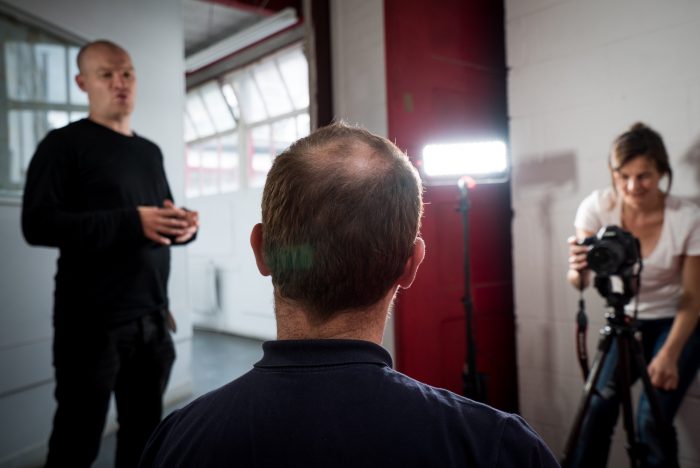 Still not convinced? Here are some honest, non computer-generated and guaranteed alt-right-free reviews from past duckrabbit trainees.