An Open Letter to Olivia Arthur. President of Magnum Photos.

I’m writing to you following the statement that you made after the Magnum Photos archive was taken offline as a result of allegations that Magnum have been selling indecent images of children. First reported by Andy Day on August 6th and followed up here and here. 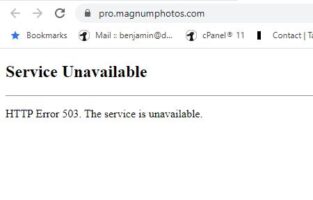 I’m going to do my best to show you the respect that you denied survivors of child abuse in your statement.  And maybe help you to understand why the issue isn’t going to go away as you bring your archive back to life.

You wrote about acts of alleged child abuse as ‘historical materials’.  That felt like a cynical way to distance Magnum from the actions of the men who took the photos and the ethical, moral and legal abuses taking place in selling and distributing those photos.

Boris Johnson tried that line not so long ago.  It didn’t go down well with survivors. They called him a cunt and other less printable words.

Back then you are ten and I am thirteen.

We are in the corner of a dimly lit Thai hotel room watching your colleague David Alan Harvey take at least one photo of a ‘child prostitute’ according to Magnum’s search return. Tagged ‘teenager’ ’13-18′.

She looks it too.

Around 15 I’d say.  Just a pair of red knickers keeping her from being fully naked. Not there for one of Harvey’s ’emerging photographer’ ‘mentoring’ sessions.

She’s looking at Harvey’s lens, who is shooting from a lower angle, looking up at her.  On a bed? Almost certainly in a hotel room. Harvey’s? She’s smiling. She’s learned how to ‘perform’. To get it done.

Nope. Probably a kid who discovered her sexuality being raped over and over again by men who like girls young and travel to foreign lands to pay to have them that way. Maybe as young as your daughter or my son. We don’t find out. Because Harvey didn’t show any respect for her and neither did Magnum.

She’s exploited for sex and Harvey, when he took that shot, exploited her again.  And Magnum, when they made the photo downloadable, exploited and abused her again. As late as last week. And in a sense, just talking about her here, the abuse continues. Because you can never take back the photo you placed on the web.

Another photo in Harvey’s Thai ‘prostitute’ series. Tagged 13-18. They look around 14. Harvey is standing over a bath. Two naked teens in the bath. In a hotel room? Likely trafficked.  One with her legs open to make enough room for the second teen. They are soaping themselves.  Avoiding eye contact with Harvey.

I could go on. I shouldn’t feel the need to but people actually think these pictures are ‘journalism’. That it’s OK to abuse kids if you get a photo story out of it. Magnum taught them that.

It’s a picture of what appears to be a child (15?) in her underwear smiling at Harvey in a dimly lit room, next to a bed. Is that her bored-looking pimp in the room? That photo, until last week downloadable from your website is also on a chat board where a guy brags about ‘fucking two thai hookers and cuming all over their faces’.

The girl. Today. Is only a few years older than us. If she is alive.

They are only bragging because the photo speaks to an abusive power relationship between the man taking the image and the girl in it. 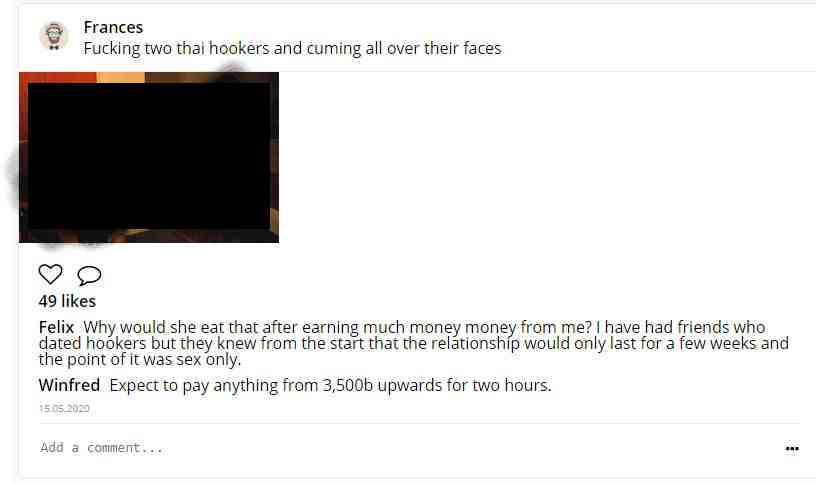 When men take photos in this context. Not as observers. What happens next?  Did you draw down the contact sheets to find out?

Another scene. We’ve got to go back further. Forty years. You have just been born. I am three. In a room with the curtains closed. So that no-one can see in.

I am naked from the waist down. There is chair in the middle of the room and a man sat in it. I already know that chair all too well. I know what is coming next. But I don’t want to tell you Olivia because it is my story and I shouldn’t have to. I shouldn’t have to persuade you that nothing that went on in that room is ‘historical’ to me. It’s a story repeating itself endlessly, where a man tries to break a ‘demonic’ child with their bare hands in the name of a god that doesn’t exist. It’s a nightmare.  Mine. But it can be made worse by another man in the corner taking a permanent record of the worst moments of my life. To be downloadable with a Magnum logo. Forty years later. For social.

In my nightmare, there are two men in the room. One abusing me and one taking photos.

In Harvey’s photos there only appears to be one.

Is my abuse ‘historical’ Olivia?

Or my friends and past lovers. Some younger, some older. Many who have endured worse. Or even those who have reached out to me in solidarity since the issues of your archive became apparent because they do know how absolutely nothing is historical about child abuse when either the abused and the abuser is still alive.

I hoped to write you a letter that would ask for specific changes.  Commitment to a child protection policy. But I gave up hope.

I’ve seen images taken by Magnum photogs that for me kill the idea of your agency ever being trusted with children.  Those images can’t be a secret to you.  I’m glad you’ve started to take them down but for the kids in them, it’s too late.

I do have one ambition left.

Right now women are coming forward with stories about Harvey. That’s a brutal process. That can only have a cost to those women professionally and personally.  In an industry with just the bare minimum of decency, they shouldn’t have to.

You can stop that right now. And save them the grief. And buy yourself some grace.

Almost exactly two years ago, following the Patrick Witty revelations, Magnum made a song and dance about having a legally binding code of conduct. One which you refuse to publish. But if it doesn’t cover exploiting what appears to be children by taking their naked photos and labeling them ‘prostitutes’. Likely a criminal act.  And if it doesn’t cover distributing a book with a pornographic image to children.  If it doesn’t include outing pre-pubescent boys as ‘prostitutes’, in a police station, when they are trying to hide their faces from the photog (Patrick Zachmann)  then Magnum Photos as an agency are beyond decency.

I could go on with examples. For a long time. We both know that. 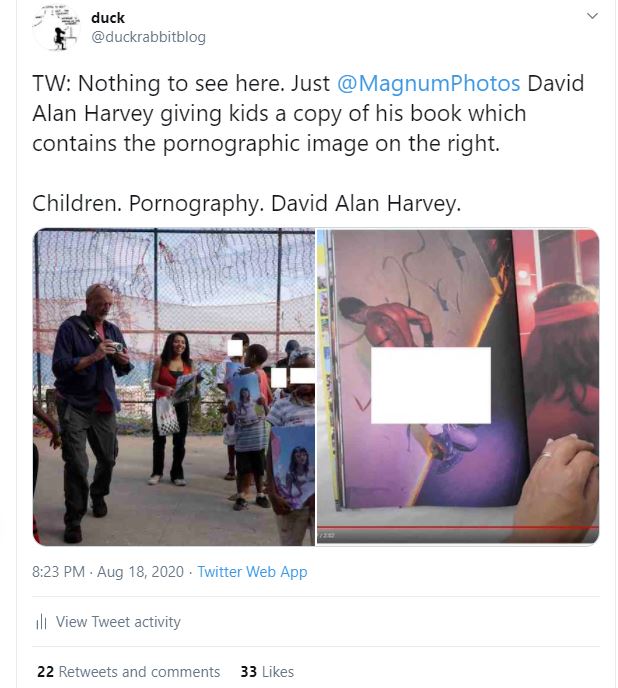 Suspend Harvey and spare the women the pain of being pitted against him. Stand with them.

If you can’t do this then be a decent human being, walk away, and help make Magnum ‘history’. If not. As President. It’s on you.

Two hours after this letter dropped the Guardian announced Harvey had been suspended for reasons unrelated to those outlined in this post.