Paul Kerley is the master of throwing together audio slideshows made up entirely of archive audio and photos. This one about Margaret Thatcher is particularly successful, not least because she was such a colorful, controversial character. That said its the soundtrack that really nails this for me, its just so evocative of the eighties.

Our leader might have been shocking, but damn we made some good music.

It is 30 years since Margaret Thatcher took up residence in Downing Street and became the UK’s first female prime minister. She polarised opinion, and still does.

Here – with help from the radio archives and music from the era – travel back to 1979. 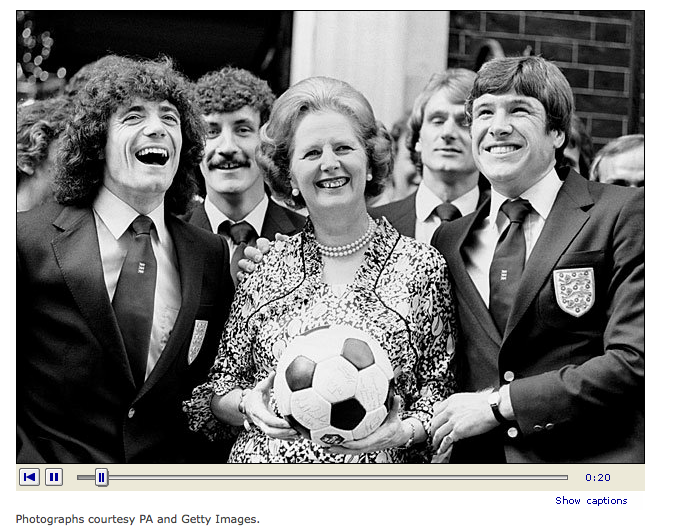