or give me death.”

Paul Kerley proves again why he is the master of building audio slideshows from archive.

The massacre of pro-democracy supporters by Chinese troops in Beijing on the 3-4 June 1989 marked the end of the largest political protest in communist China’s history.

James Miles – the BBC’s China correspondent at the time – spoke to the crowds in Tiananmen Square in the weeks before the violence. Here – using his and other archive material – we recall how events unfolded. 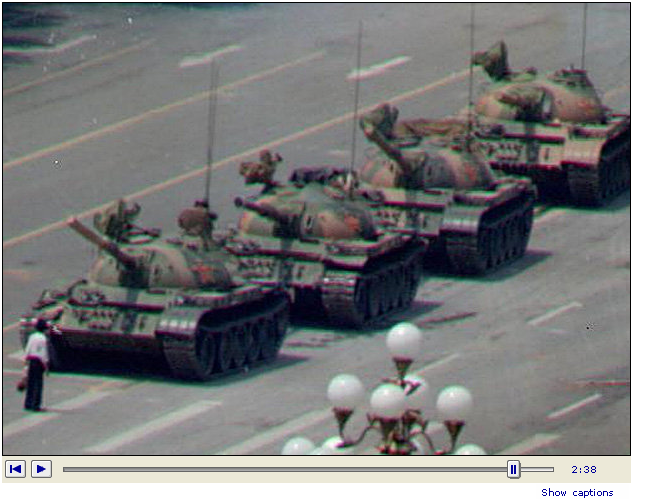 MIKE HOLLEY has an interesting response:

Having visited Beijing and Tiananmen Square last year it’s hard to believe all this happened. As I was watching the slideshow I recalled the landmarks and the sheer size of the square. You can’t appreciate how big Tiananmen Square is from these pictures. One of the images that struck me was of the square packed with people, many thousands must have gathered there only endure and witness the horror of the massacre. I found the Chinese wonderful and I will definitely return there. I made some friends during my stay who I now keep in touch with, one of whom I got talking to on a bus journey. Time for some thoughtful moments for those who suffered. Thanks for posting.