Recently I wrote a post on RESOLVE about the art of the soliloquy in multimedia. The ‘to be or not to be’ moment, when a character in a play steps out of the action and shares their soul with the audience.

Shakespeare had it cracked.

We want to know what’s going on beneath the skin. We want to rub ourselves up against something that feels ‘real’.

That’s what the best documentarians do.  They’re like body snatchers, because essentially they are just empty, waiting, waiting to stumble across the stage where someone is staring out the lights. Waiting to hear them howl.

It sounds vicious.  Life is.

But the best practice it with love and anger.

This week we’re talking about the photographer Joseph Rodriguez. In his theater there are no best seats.  Where you sit you’re going to get spat on. Guaranteed. But you’re also going to witness the moment under the moment.

Between 92-94 Joseph famously embedded himself into LA gangland culture.   It wasn’t so he could produce some Hollywood script, trade stories in spilled blood, but because something needed to be said, then heard, then understood and no-one was even close.

I bet you $10 Joseph got up a few times during those years, looked himself in the early morning mirror and asked himself, ‘just how close do you really want to get, how close?’ 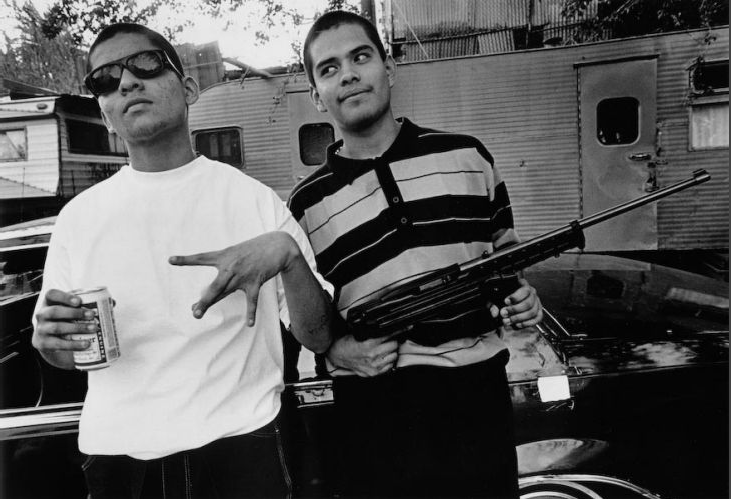 My aim in photographing gang life in Los Angeles has been to get to the core of violence in America, not just the physical violence against one another, but the quiet violence of letting families fall apart, the violence of segregation and isolation. 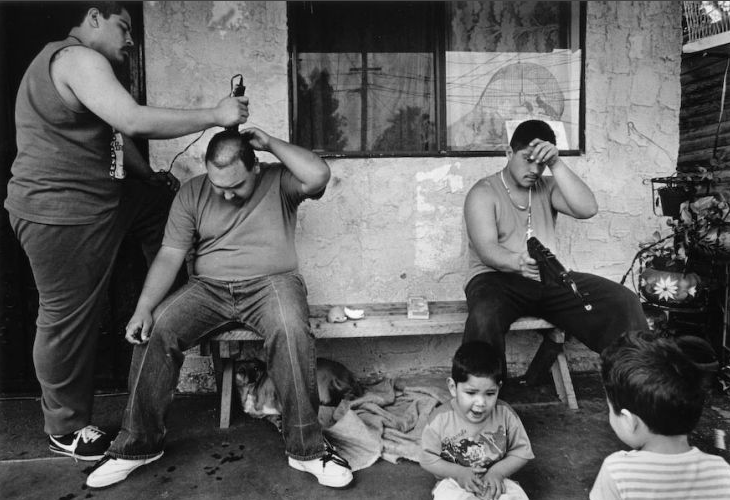 There is an aspect of suicide among many of these gang kids (between ten and twenty-one years old) whose options have been cut off-no education, no work, and no opportunities for advancement. 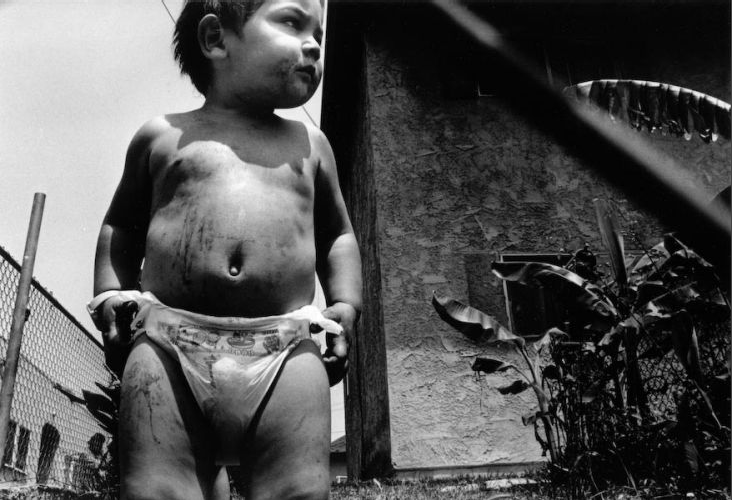 They stand on street corners and parks, flashing gang signs, inviting bullets. Its either la torcida (prison) or death: a warrior’s path when even self-preservation is not at stake. 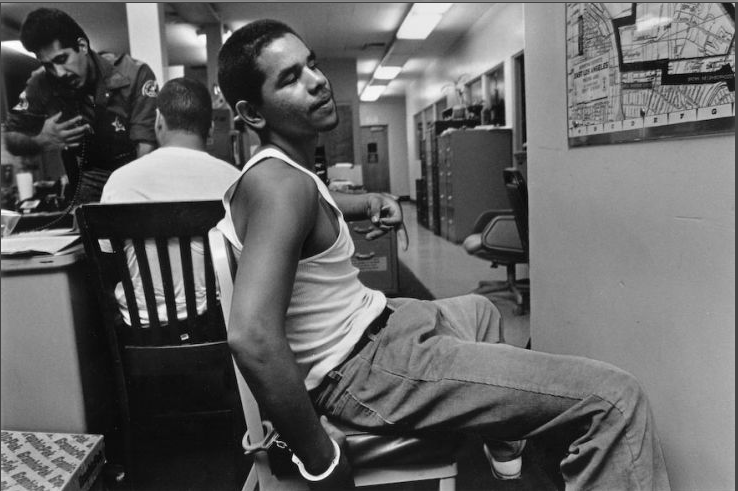 And if they murder, the victims are usually the ones who look like them, the ones closest to who they are-their mirror reflections. They murder and they’re killing themselves, over and over. 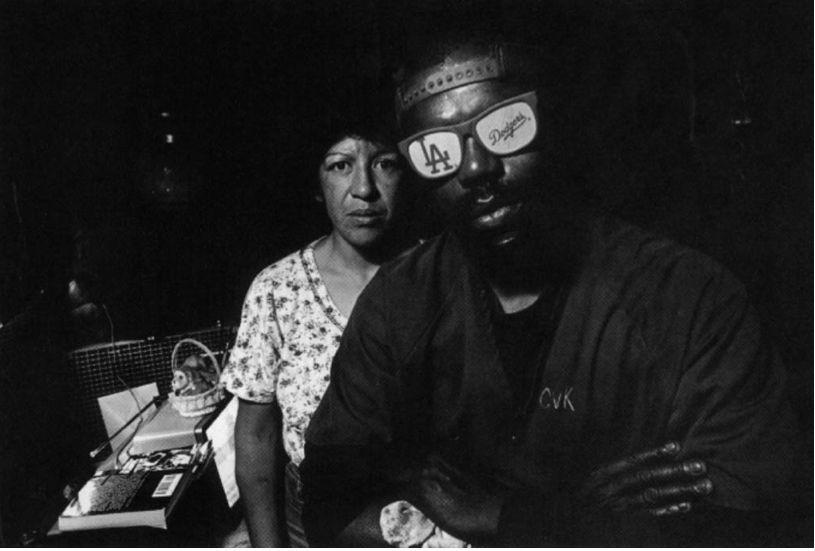 I spend a lot of time with people, I use my ears. A lot of photographers don’t do that. When we listen we can learn something. But that is something in this age of interruption, with all our technology, that people don’t have time for. 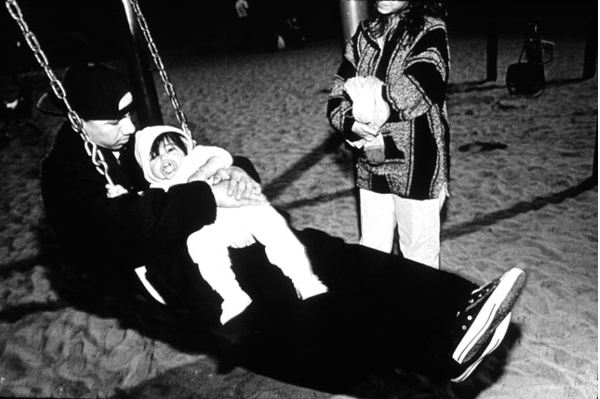 Diablo, sixteen years old, holds the baby of one of his homegirls.

They hang out in Evergreen Park until the police kick them out.

“It’s not very popular, the kind of photography I do. I feel like the beat generation. But this is a very important point – it really is for the people, it’s about the people.”

And the people at duckrabbit say AMEN.

(all photos (c) Joseph Rodriguez.  duckrabbit would like to thank Joseph for permission to publish them here.)

wow. awesome way to begin the day. I will try to seek out some of his books

I’m going to be posting an interview with Joe pretty soon on RESOLVE about his new multimedia projects on people trying to re-enter society from prison and drug addiction. I was going over Joe’s insightful words last night and marveling at the subtly revolutionary ideas he has about photography. I’m glad you guys are recognizing him — he deserves all this and more

It was Miki that turned duckrabbit onto Joseph. THANKS MIKI.