“Jack wasn’t going to get killed.”

Paul Kerley has produced a powerful audio slideshow about  a father who lost his son in Afghanistan.  It works on so many levels.

First off it shows that you don’t need great pictures for a quality audio slideshow, that infact most of the time it’s the audio that is the driver.

Secondly it shows that you don’t need to slap music over powerful audio. To do so here would be trite.

Thirdly it shows that it’s enough to hear in someone’s voice how close they are to tears, we don’t actually need to hear them break down.  I’m sure this man lost it during the interview. I would have. But the producer has showed good taste and respect in leaving this out, focusing on the relationship between the father and son.

Mr Sadler, if you read this, duckrabbit would like to express how gutted we are you lost your son. Words fail us.

Trooper Jack Sadler was killed in December 2007, when a land mine exploded underneath his army Land Rover in the desert of southern Afghanistan.

At the inquest into the death of the 21-year-old, in July this year, a coroner in Exeter said the government should explain why such light vehicles were used for army reconnaissance patrols.

The MoD says safety of personnel is a prime concern and new equipment and vehicles have been delivered to forces.

Jack was Ian Sadler’s only child. Here, he pays a moving tribute to his son. 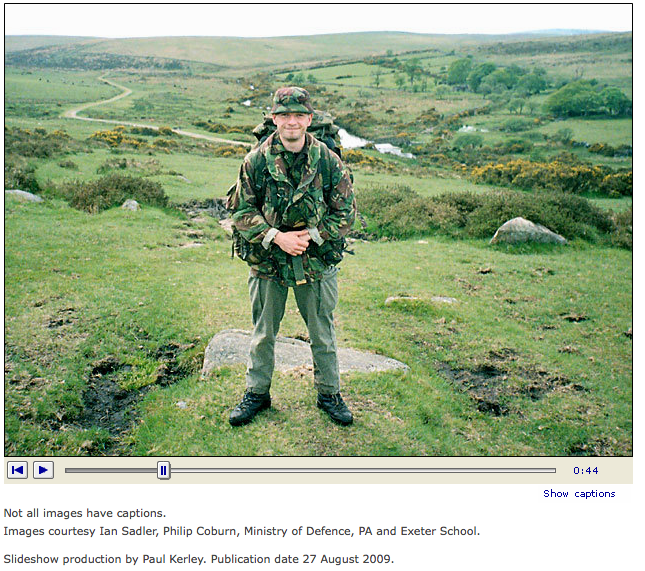