This week long mini series by the Globe and Mail is causing quite the stir among multimedia journalists this week. Tracy Boyer’s eagle eye spotted it on the weekend, and it’s had plaudits from the likes of The Travel Photographer and The Bombay Flying Club.

But of the whole experience (which is still being unveiled throughout this week) the page which intrigues me the most is this one: 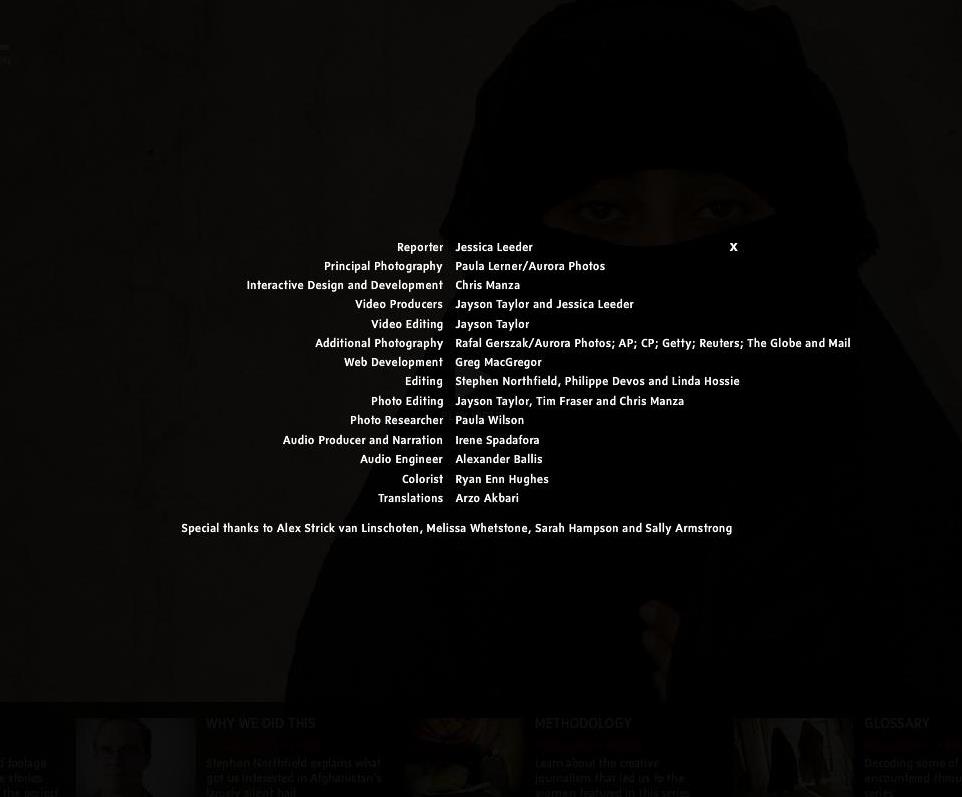 Look how many people worked on this project. I’ve counted it for you and it’s 15. That’s as many as work on a small TV documentary. And it’s interesting because it goes against the trend of multimedia and online journalism to this date.

Multimedia Journalism (and online video journalism) has so far been characterised by the lack of people working on it, not the abundance. And I think that’s what has given it charm and a non-corporate appeal.  I watch a piece by a single journalist and I can put myself in their position and engage with the story.

Do pieces like Behind the Veil lack this? Or does multimedia’s Hollywood have a place too?And am I being unrealistic to expect 1, 2, or even 3 journalists could create an experience as detailed as the 15 on The Globe and Mail?