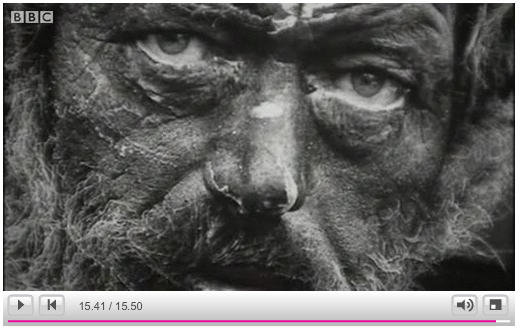 Sadly people are not really interested in the photographs I take of a rather depressing side of our society – Don McCullin.

In 1989, British photojournalist Don McCullin approached the current affairs programme Newsnight with the idea of a highlighting the growing problem of London’s homeless – a short film that can now been seen on the BBC website.

An award-winning war photographer who made his name covering the conflicts in Vietnam, Biafra and Lebanon for the Observer and Sunday Times magazine, he had noticed that he was returning from abroad and witnessing a “social war and imbalance” on the streets of this own city. He had never expected to see people spending the night sleeping on pavements in London as you see in cities like Kolkata.

Changes the the UK benefits system, a shortage of council and affordable housing and the loss of thousands of hostel places meant that increasing numbers of care leavers, the mentally ill, former prisoners and soldiers and drinkers and drug users were ending up in London’s cardboard cities. Twenty-one years later the problem is certainly less visible but it remains.

McCullin said: “I photograph them because no body else is taking any interest. I would like to find a way to show people about the situation but sadly people are not really interested in the photographs I take of a rather depressing side of our society. They don’t want to know about it and they’re quite happy to turn their back on  it. So these people, their plight is going absolutely nowhere.”