“MSF has a long and illustrious history of strong photography but we’ve never seen or done anything as awesome as these 3D images,” Polly Markandya, Head of Communciations at MSF.

As part of MSF Delivers the photographer Yasuyoshi Chiba, myself (Benjamin Chesterton) and Robin Meldrum (MSF) produced a series of photofilms in the DR Congo, the most spectacular of which is 3d.

Now I know what you’re thinking. 3d photography is just a gimmick. I’d say you can only be the judge of that when you’ve seen it.

We had some top people come to a screening hosted by MSF on Monday night (Jenny Matthews, Paul Lowe, Mikko from Photojouranlism Links, Olivier from BJP, Bruno De Cock and many others) so you’ll have to ask them what they think, but no-one as yet has called the film out as a gimmick.

3d photography literally brings new perspectives and if you are interested in storytelling or photography that has got to be something worth exploring.

The MSF Delivers 3d film will be on show at Spitalfields market in London for six days starting on Thursday. It’s going to be really interesting to see how the public reacts (we hope by becoming donors). If you get a chance to view the six minute film please do let us know what you think. For the rest of you they’ll be a chance to watch it on youtube with some of those old school glasses. 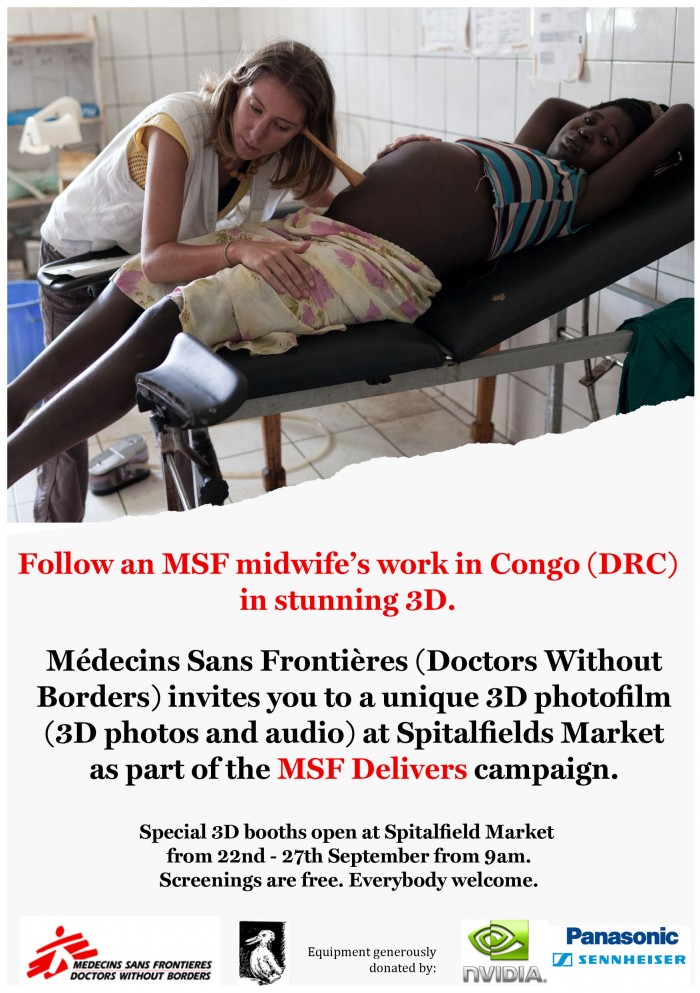