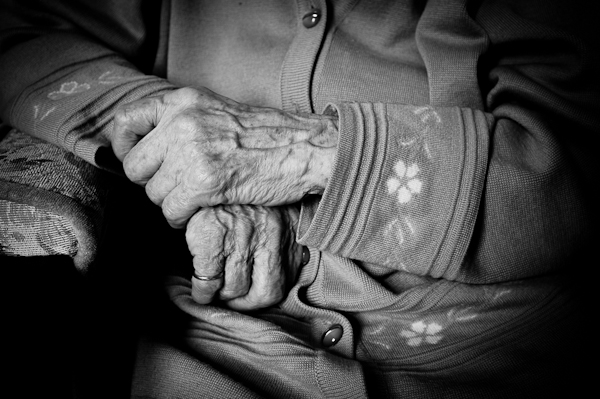 It’s funny how in retrospect disparate events can coalesce to reveal an obvious truth. One which at the time just sauntered by unnoticed.

She’d worked as a volunteer for a couple of mornings in a charity shop right up until she was almost 80 years old. Often walking the 6 miles to town if the weather was nice.

The bags she’d given me had contained books or other items she’d come across in the charity shop, which she thought I might like so would purchase for me. Such as a 1980’s copy of one of Michael Freeman’s very very popular photography tuitional books.

There were many of those, every other month another copy would surface as a gift, in a bag.

Copies of the very same book.

One day there was a bag containing hand-knitted hats, suitable for a ten year old, which she thought my wee lad William (then aged eight months) could use.

But what added the layers of intrigue to all of this was that each one of these gifts was wrapped in several plastic supermarket bags, each one wound tightly in sellotape, loop after loop after loop of sellotape. Then a bag. Then tape. Then a bag. And so on, until the gifts lost any of their original form and became strange almost-egyptian deities bound tightly for the afterlife.

When I cleared her house, I opened several of these ‘mummies’ that emerged dust-covered from the last forgotten recesses of her cupboards, prepared then hidden. She had been taken to hospital with a broken hip, then diagnosed with dementia sufficiently disabling that it was judged unsafe for her to ever return home. She left on a stretcher and never returned.

The house-clearance felt like some archaeological investigation. Each ‘mummy’ discovered then opened, was to my surprise a little emotional journey for me, a tape-trail meander into a strange place that I realised I’d never fully understand: the mind of my mother.

Dementia, I now realise, is not always about forgetting.