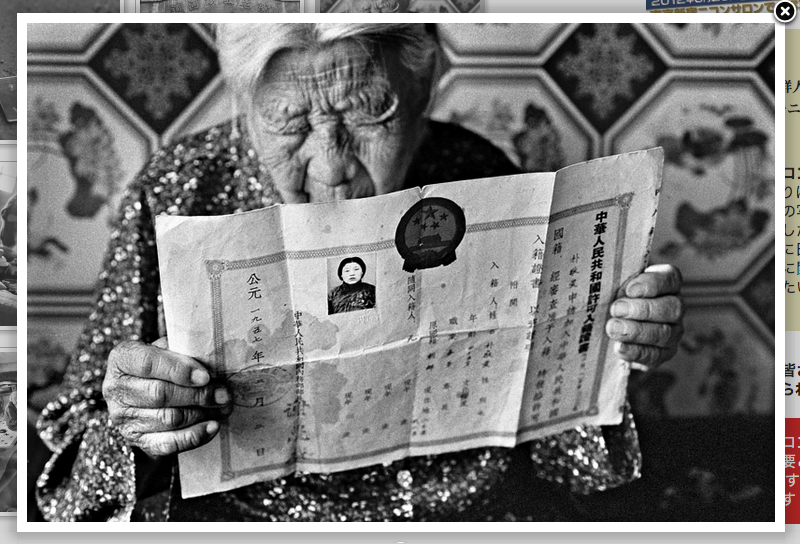 There are a lot of photographers who want to sign the I AM CENSORED petition (info below) but can’t because they’re still dreaming of getting an email from Nikon’s marketing department kissing their ass and begging to sponsor them.

Please don’t be one of them.

(If you’re willing to be added in send an email (mail@iamcensored.co.uk) to us with the word ‘Nikon’ in the title and your name will be added to the letter.)

My name is Ahn Sehong and I am a photojournalist living in Nagoya, Japan. Since 1996, I have been taking photos of the Korean surviving ‘comfort women’ (now in their 80s-90s).

The term refers to “women forced into sexual slavery by the Japanese military during World War II”, living in China.

While taking their photos, I also conducted lengthy interviews with them. Then I started to understand their lives, and I have exhibited their photos both in Korea and Japan since 1998.

As a result I have obtained some supporters who are sympathetic to those women’s situations, and we established a project called “the Juju (lit. means ‘layer by layer’) Project” to help those women.

My photo exhibition on the subject was to be held on 26th June 2012 at the Nikon Salon in Tokyo sponsored by the Nikon Company. I was also scheduled to talk about related issues to the project.

Suddenly it was cancelled two weeks ago by the sponsor, Nikon, who apologised to us but did not offer any reasonable explanation. Since then I have found my personal information being posted on the internet, and I and my family has been intimidated by some anonymous calls.

We are also continuously informed by the various forms of media that some extreme Right-Wing Japanese people have protested near the exhibition location.

My family feels very scared about this situation, but we are determined to have the photo exhibition and to talk about the comfort women, who now number only a surviving few. We also intend to bring issues relating to their human rights and their treatment by Japanese government to a wider range of the public.

Our project aims to restore their dignity and draw attention to the atrocity of such wars.

‘Korean Photographer Ahn Sehong has been documenting the lives of former ‘Comfort Women’ – women who were forced to work as sex-slaves during World War 2. It is a sensitive issue even in modern Japan as it concerns war crimes committed by the Imperial Japanese Army and the establishment would prefer it was not discussed.

He was being sponsored by Nikon & due to have the work shown at the prestigious Nikon Salon in Tokyo, whose mission statement is – “To pursue the meaning of photography: the expression of ideas”.

However after protests from certain extremist political groups within Japan the exhibition has been cancelled and funding ceased.

Ahn Sehong is also said to have been subject to personal abuse, harassment and threats according to Japan Daily & CNN.

Nikon UK wont comment on the issue except to say that their corporate support has been withdrawn for “various reasons”. We say that’s not good enough and they should actively support not supress such important, albeit difficult work – and that the removal of funding is eqivalent to censorship.

We’re gathering signatures to send an open letter to Nikon, UK & Japan in the hope of making them see sense and show Anh Se-Hong’s photographs. The letter will also be sent to the national and international press.

We’ve already got a Magnum member and a number of well known veteran photographers on our side. But we need to add plenty of signatures from photographers, professional or enthusiast.

If you’re willing to be added in send an email (mail@iamcensored.co.uk) to us with the word ‘Nikon’ in the title and your name will be added to the letter.

If you are outside the UK, please add your country.

NB only your name will be added. Your email address or other details will not be retained or passed onto anyone.

Thank you & keep on shooting! .