Not the Death of Photography, Just a Rebirth

The end of the year always ushers in a period of introspection as people attempt to judge how well or badly used that time was, and how appreciably better or worse the world has become. This is no less true in the photography world, and the close of 2013 saw a number of posts and articles predicting grave challenges to the medium. Many of these pieces (for example this one and this one) appeared to identify one consistent threat to photography, which was, rather paradoxically, photography itself.

The idea that there is too much photography in the world is very familiar. Concern lies in the idea that this abundance undermines the value of each all photographs, almost regardless of their individual characteristics (and yet I suspect many who agree with this statement would challenge a similar idea, that photographs are never entire of themselves, understood independently of each other). A recent project of mine explored these same ideas, and I’ve discussed here before how this fear of the flood of images is one which seems to arise in almost every generation, certainly as far back as the start of the last century.

Knowing that the mass of photographs in the world is only set to grow (because the number of people with access to cameras and means of dissemination remains small) I think it’s important to explore and challenge the notion that more photographs undermines photography as a whole. The obsession with predicting photography’s imminent demise is a subject which could be studied in it’s own right. Rather than being rooted in fact I think it reflects both the tendency of many photographers to self-flagellate (why are we such a negative bunch?) and also the rabble rousing side of the internet, the temptation to garner views through negative titles and topics that are bound to get people’ hackles up. Yet while without merit these claims can still be demoralising and damaging, undermining the confidence of less secure photographers, and making us appear like a bunch of conservative pessimists to the outside world, eulogising an irrelevant past. 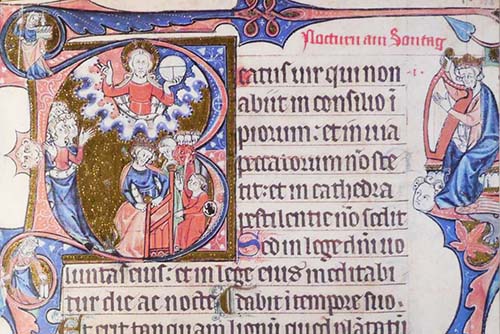 When people talk about photography being under threat I think often what they really mean is the ability of a small group of people to survive by making photographs. Undoubtedly a combination of more readily accessible amateur photography via the internet and an apparent unwillingness to pay for photographs do put professionals and amateurs in competition like never before. This needn’t necessarily be the death knell for people who want to make a living from photography (not least because there will always be areas too specialised for amateurs to make inroads into) it might just mean changes to how this is accomplished. We have to recognise that these amateurs are not just competition but also potentially an enormous audience, a visually sophisticated market for our work. We just need to figure out what to do with it.

What we must not do is to get drawn into believing that professional photographers (of whatever dint, artist, photojournalist) are photography made flesh, and that without them the medium is somehow going to collapse into banality or disappear entirely. The economic value of photography really has very little to do with its cultural value, and in terms of the latter photography has never been more valuable or important. Equally while this great mass of photography does consist of the banal (true of professional as well as amateur photography) it also leads to enormous diversity, sophistication and innovation. Open a photographic book of yesteryear when the global output of photographs was perhaps measured in mere millions of pictures, and the most noticeable thing to me is how dull many of the photographs are.

This booming interest in photography is a product of the digital revolution, which has made photography so much more accessible to both makes and viewers, but it is also a revolution in its own right with the potential to reshape the medium in extremely exciting ways. For example I wonder if the abundance of technically excellent and very beautiful photographs, and the increasing difficulty of making value judgements between them will lead us to reconsider how we appraise photographs, moving perhaps still further away from judgements which remain rooted in aesthetics and closer to judgements based on the ideas contained in photographs. At this stage it is nearly impossible to perceive the paths that we might yet take, and this hazy middle distance appears threatening to those who have much invested in the current state of things.

I think it can help to look at similar media revolutions as a way to banish some of our fears of change, or at least give us a sense of who amongst us should be afraid. A recurrent trope when discussing the digital revolution is to compare it to the print revolution of the early modern period. The monopoly held by monasteries over the production of text by hand was subverted by the introduction of the printing press, which made it possible for relatively humble people to record and disseminate their own ideas and with comparative ease and freedom. To be sure we have our own photographic monks and monasteries today, eager to retain their privileged positions as custodians of creation or curation.

For our own photographic transformation another rather more overlooked revolution seems relevant. Emerging out of the aftermath of the print revolution was a literacy revolution, where a combination of factors including the proliferation of cheaply printed books and the rise of Protestantism (with it’s emphasis on a personal relationship with scripture) led to growing rates of reading and writing in Europe. This culminated in the UK with the establishment of formal primary education in 1870, extending the possibility of learning to read and write to more or less everyone. Not to speak of photographic literacy (which I think is is an over played, little substantiated concept) but I think we are seeing something similar now with the growing numbers of people who are making, sharing and looking at photographs.

I doubt many in 1870 were decrying the threat that universal literacy posed to the integrity of the journal or the novel, instead writers got new audiences and audiences got new writers. People who would never previously have been in a position to put pen to paper were able to do, and the works they penned reflected a new diversity of human experience, and ultimately changed our ideas about the forms that writing can take. As photographers we still have this to look forward to. The spread of photography is not the death of photography, if anything it’s a rebirth.