John MacPherson has written many thought-provoking posts about the relationship between memory and photography here on duckrabbit. Posts both about his Mother, who has dementia, and his beloved partner Melanie, who he nearly lost last year. It’s an important subject. Penny Russ‘s, who I met on twitter (@digitaldaisies)  also recently wrote movingly about this subject on her blog. She kindly agreed to let me re-publish her thoughts here: 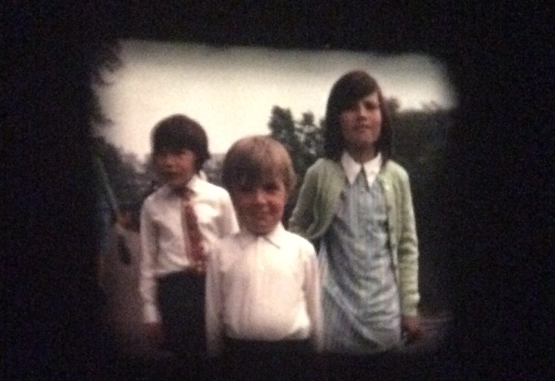 My dad has dementia. He is in residential care in a home in Tauranga NZ and is deteriorating rapidly. I went to see him a couple of months ago, before he went into care and I was worried, from his wife’s descriptions of his condition, that he wouldn’t recognise me. He did though, knew exactly who I was and could sort of reminisce with me although his ability to actually speak is quite impaired. He was pleased to see me. It was hard to leave.

Now, he is on the third floor of the care part of a huge ‘retirement village’ in a Taurangan suburb, slowly losing his memory and sliding away from his wife and sister who visit him regularly. Already he can’t quite place them both. He hears his wife’s voice, knows she is important to him, but isn’t quite sure who she is. It is a cruel hard illness and I’m glad, quite selfishly, that I am only experiencing it through the Skype conversations I have with his wife. That I don’t have to watch first hand while he forgets who I am, watch his memory of our lives together, apart, touching, diverging and running in parallel, watching all of those memories disappear into nothing.

As a present for my dad I made a photobook of pictures of me and my brothers and their children over the years – I thought it would help him to remember us, and it looks good, all printed up properly in a real book. The activities person on his ward goes through it with him each day to help keep his mind and his memory working. This person tells my dad’s wife that he is finding it difficult to place the older ‘us’, to put names to our faces, although he can name us all very clearly in the childhood photos. He thinks I am my mum – it was inevitable, as he reels back through his long term memory, that he would think that – I look just like her.

I brought back lots of slides taken by mum and dad on their separate trips over to the UK from NZ in the late 50s. There was also some super 8 film which I brought back with me. We watched it the other night, it is the usual short wobbly shots of toddling children, although there is quite a lot of Trooping the Colour footage – an indication of the fact that, at the beginning of the 60s he was a tourist here. It looks faded and slightly flickery projected onto the living room wall, this is what memories from long ago look like don’t they? And I wonder if they’re like that for my dad, or if they are gaining a clarity and immediacy as he loses his more recent ones. Most of all though, I feel bereft, that as his memory slips away, my past too is disappearing and all that will be left is the photographic evidence, much of which makes no sense without a label, or explanation. I cling onto it and will make it tell my own stories. That’s all I can do.