The absence of loss

If you’ve read this blog on and off over the last year or so you’ll perhaps recall my partner’s brush with death. If you’ve not, I’ve written about it here, and of particular relevance to this post, a follow up here, where I showed this simple image. 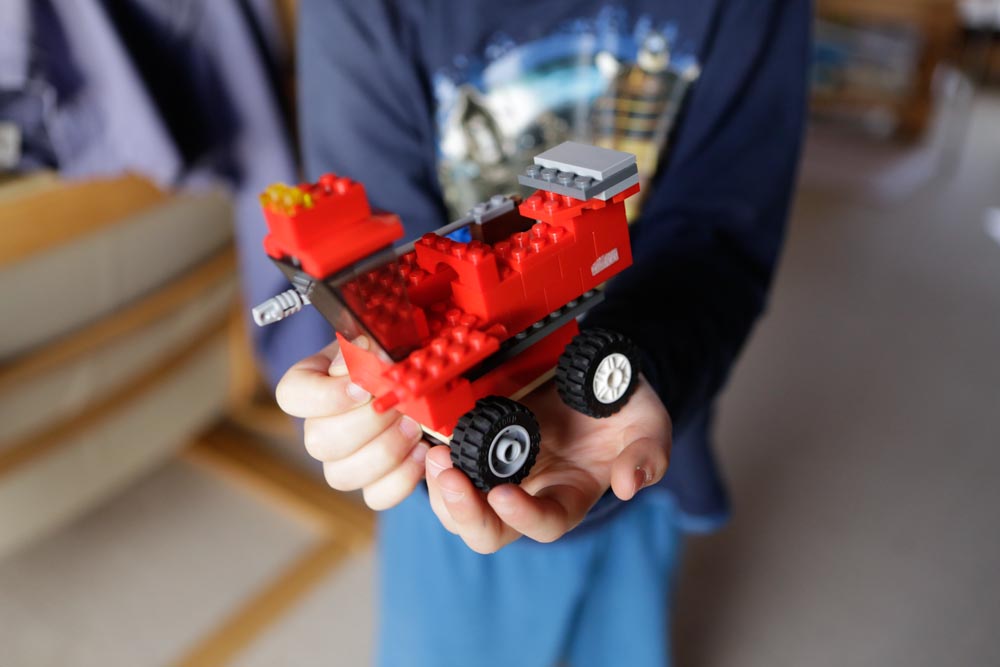 A Fire Engine, made by William © John MacPherson

I recently wrote in praise of the vernacular, having read a rather narrow-minded ‘art critic’ who suggested that it simply required some form of ‘curation by the cultured’ to elevate an ordinary image to the extraordinary:

“The use of vernacular images runs throughout the festival and reflects the fact that, of the billions of photos we snap each day, the majority depict banal and everyday things, pictures made to be forgotten. Amsterdam-based Erik Kessels recontextualises cast-off images by resituating them within a book, which gives them a significance beyond their creator’s intention.”

The inherent flaw in this idea is its assumption that because an image seems ‘banal’ it has no significance. I think the opposite. I’ve learned the hard way that images don’t just have ‘width’ and ‘height’ as these pundits would have us believe. They have ‘depth’ too, often many layers, unseen, unknown, and unguessed at by a casual viewer. But NOT unimportant, certainly not to the authors.

The “everyday thing” pictured at top, a simple Lego fire engine made by my son is perhaps one such image, on the web now and likely off on a digital ramble to who-knows-where. It was created in response to an event that shook William’s life fairly profoundly. As a 5 year old he’s had limited experience of life, but knew he needed to do something for the firefighters, one woman and three men, who’d battled vigorously to save his mum as she lay dying on the ground after a cardiac arrest. So he made a fire engine.

He showed it to them when we visited the Fire Station to thank them. They smiled and struggled to keep their emotions under control as this giggling 5 year old proudly displayed his creation. And then it came home and gradually got absorbed back into his Lego box and emerged in a different guise as something else, as many things in fact in the intervening year: as a fort, a dragon, a space station, and currently a ninja castle. But the picture of it hasn’t changed. It still is what it is, and represents what it was created to portray, simple but important.

…the layers of meaning I mentioned previously…well even we are discovering that the ‘depth’ of this image is even greater than we know.

Melanie met one of the male firefighters last week, at her work, when the fire alarm went off in error and summonsed the Fire Brigade. The fire engine arrived and one officer quickly entered to establish the situation, and by chance met Melanie in the foyer. They recognized each other immediately. He was one of the small group who’d rushed to her aid when her heart stopped, and he’d performed CPR (heart massage) on her vigorously as she lay dying.

Once he’d established all was ok and there was no fire to fight, they had a jovial chat and he said with great delight how well she looked, and asked how she was. “I’m fine, thanks! No problems at all. Well…a few things to work through but basically I’m doing ok.” she said.

He paused, smiled again and replied “That’s so good to hear…” and then went quiet, pensive, then continued softly “…you know, I’ve given CPR to quite a few people in the course of my job over the years, and…..well….you’re the only one who’s actually lived.”

And they both went quiet. And then parted. Connected by a shared experience that few people will ever know or fully comprehend. An experience encapsulated, in part, in a simple image of some red Lego blocks held by the hands of a child.

All you ‘post photographic’ curators out there, yes by all means “re-contextualize” these banal cast-off images in any way you wish. And do so with my blessing. But don’t ever presume to invest any more valuable meaning in them than was invested by their creators.