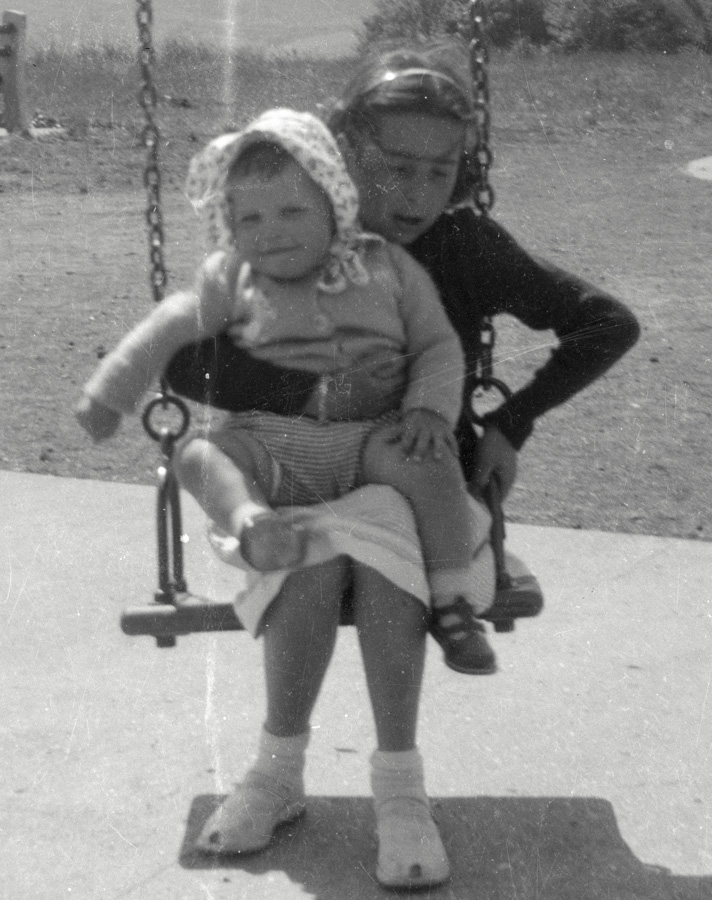 Photographs are intriguing things. They show you stuff. You can look at a photo and see everything in it. And sometimes when ‘the story in an image’ is not fully visible, you can often look at several related images and gain a more rounded view, understand more about what is being shown.

Unfortunately its not always that easy, as I’ve recently discovered. 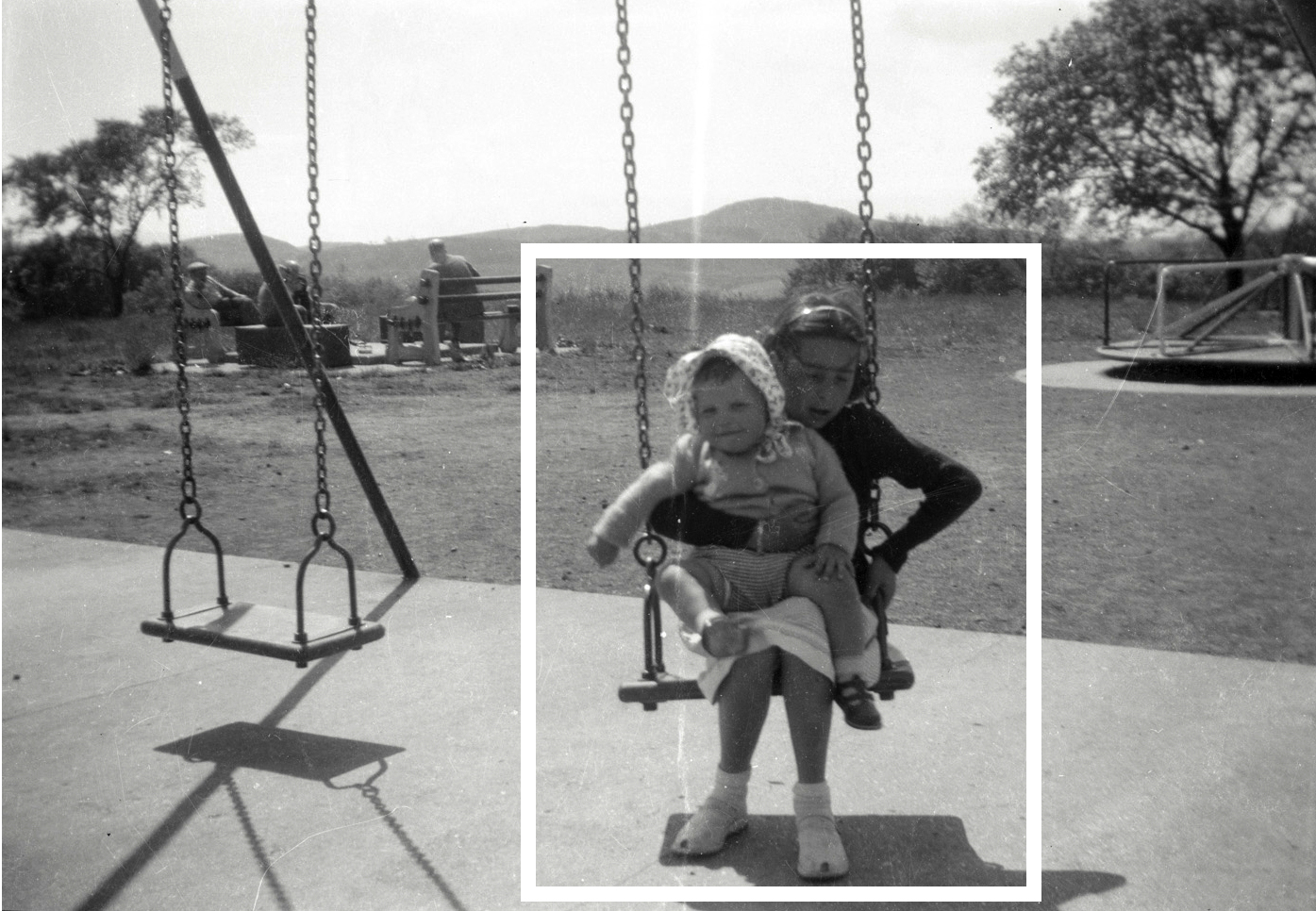 It started simply enough. With a box of b&w negatives, old and dusty, all taken by my dad sometime in the 1950’s. There are many of them, all nestled together in a few envelopes. I had them in a box of old stuff I’d inherited. I scanned a few and was intrigued by one that showed my mum sitting with my older sister, still a baby, and with another young girl beside her. The location was obvious to me, Trislaig, opposite Fort William, my home town, Ben Nevis looming skywards behind. 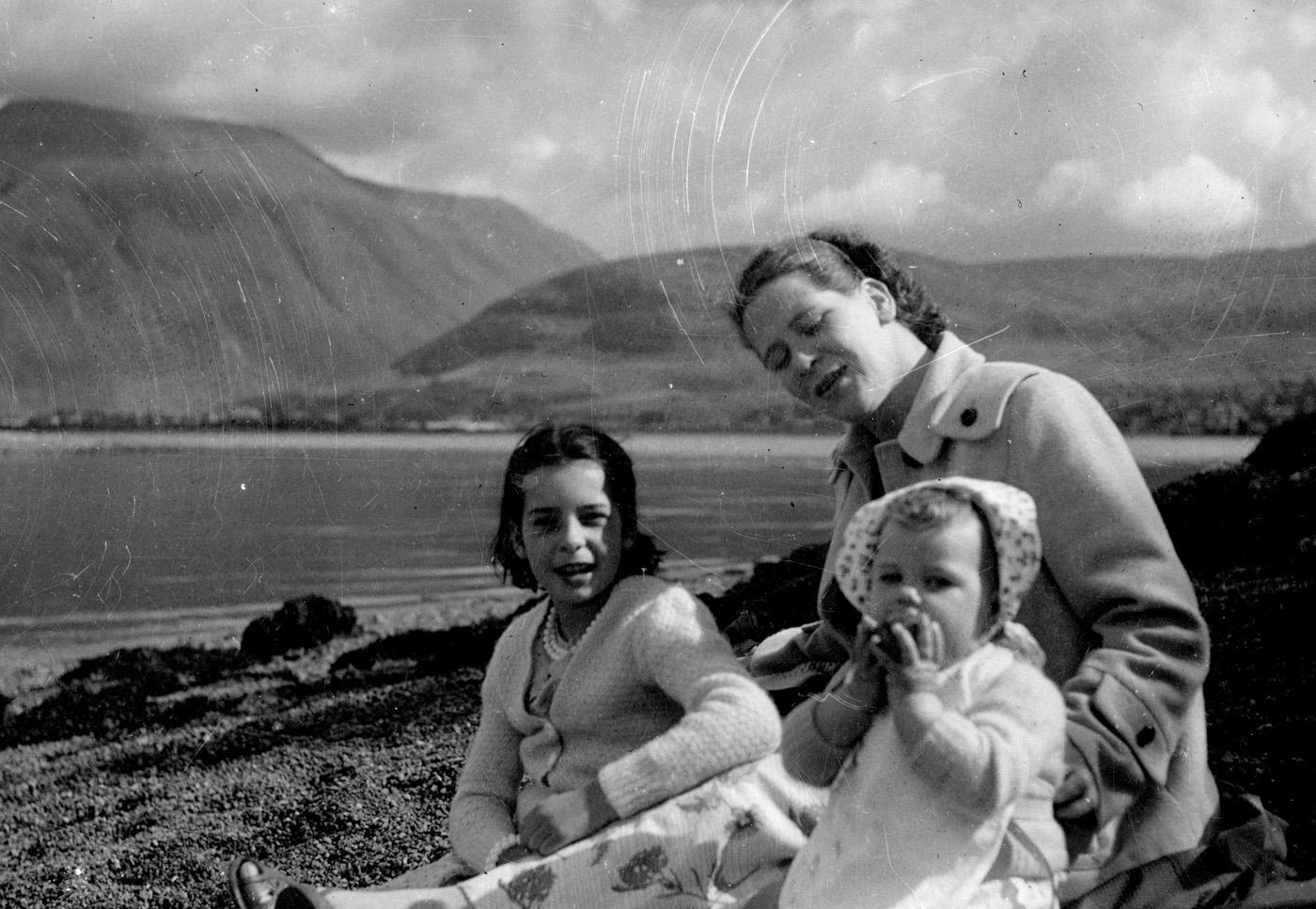 Then I found another negative in the pile, the same young girl, sitting on the gunwale of a boat. Same location, same clothing and probably the same day. A fishing rod just visible in the lower right corner suggests this was a pleasure trip, dad loved fishing and would toss a line out with his home-made lures every chance he got. I recognised the boat, my dad had saved hard to buy it and we crossed the loch in it often, for picnics, to go fishing, or just to be ‘on the water’.  But the young girl was not so obvious. I guessed it might be a cousin, and forgot about it. 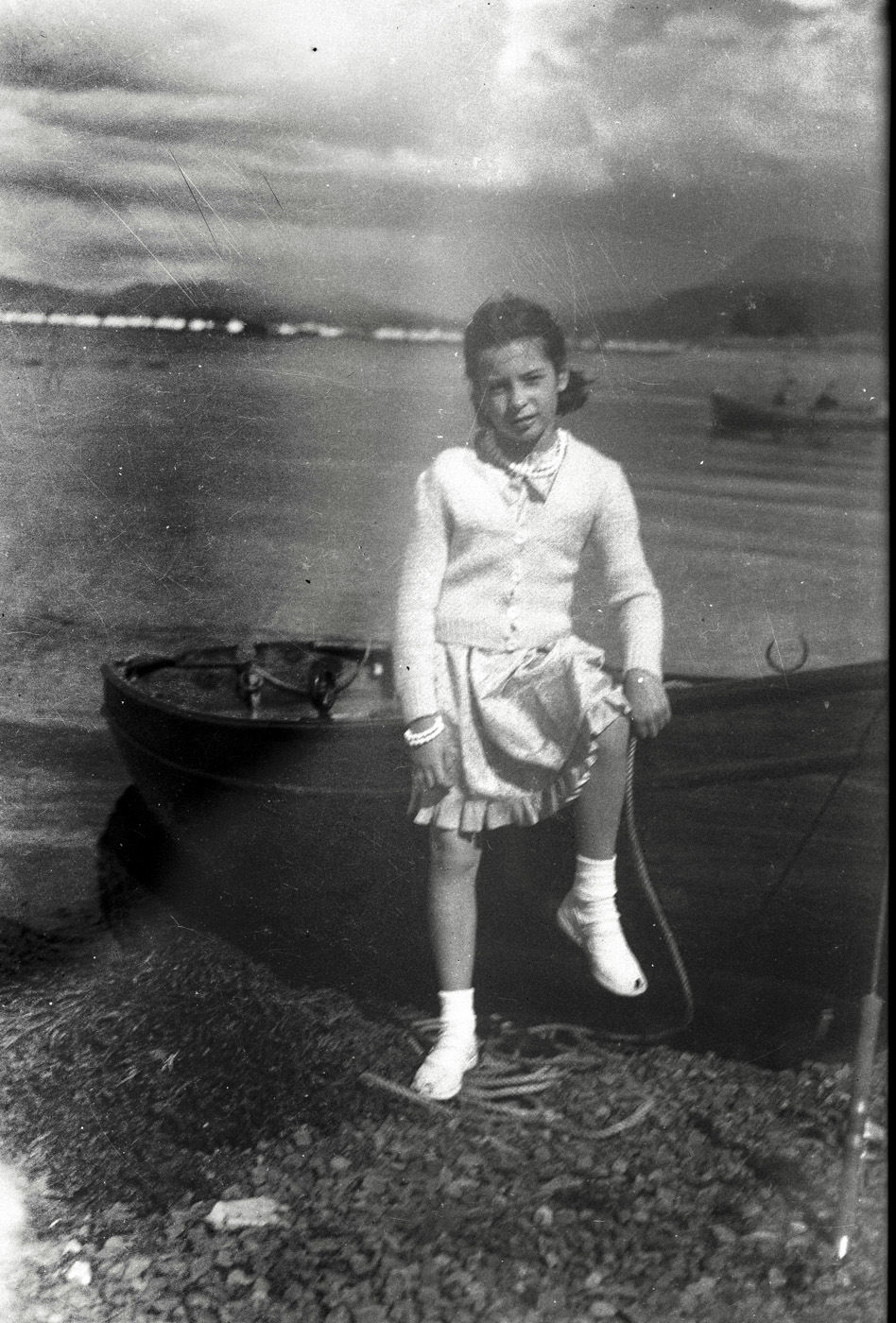 Then, years later my mum went into care, with dementia. Another box of negatives was liberated from a storage chest as I cleared her home, and put aside for safekeeping in the pile that would be retained, rather than go to charity. These frames were mostly 6×9 format from dad’s old Zeiss Ikon, a camera I still have on the shelf. Gradually I worked my way through them, occasionally scanning a few of the ones that looked promising.

To my great surprise I realised that there were several more images of this young woman, several taken in Fort William, but many others taken in what I think is Ayrshire on family holidays. 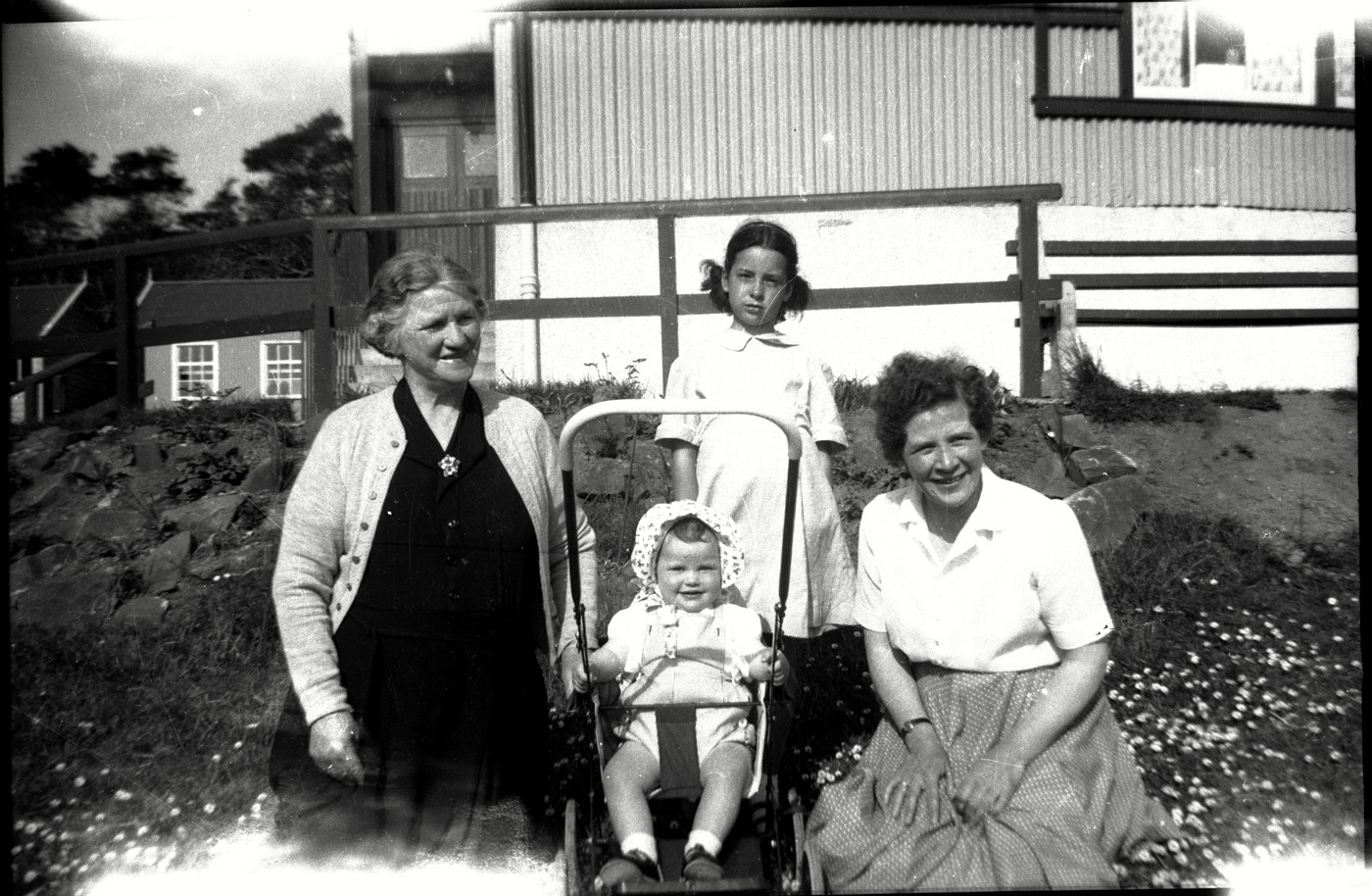 This young woman appears to be part of the family, is caring for my sister in several frames, in others an integral part of the group, but after these images, which appear to portray her at a particular age, there are no more images, no record of her growing older. The story just seems to stop.

I took the images to show my mum in her care home, and let her ponder them on the iPad. She stammered somewhat (having now lost some of her speech ability) but her eyes betrayed no sign of recognition. I let her see the series, frame after frame, sliding my fingers on the screen to magnify the girl’s face in the hope of triggering a memory, but mum lost interest and was distracted by a passing member of staff. 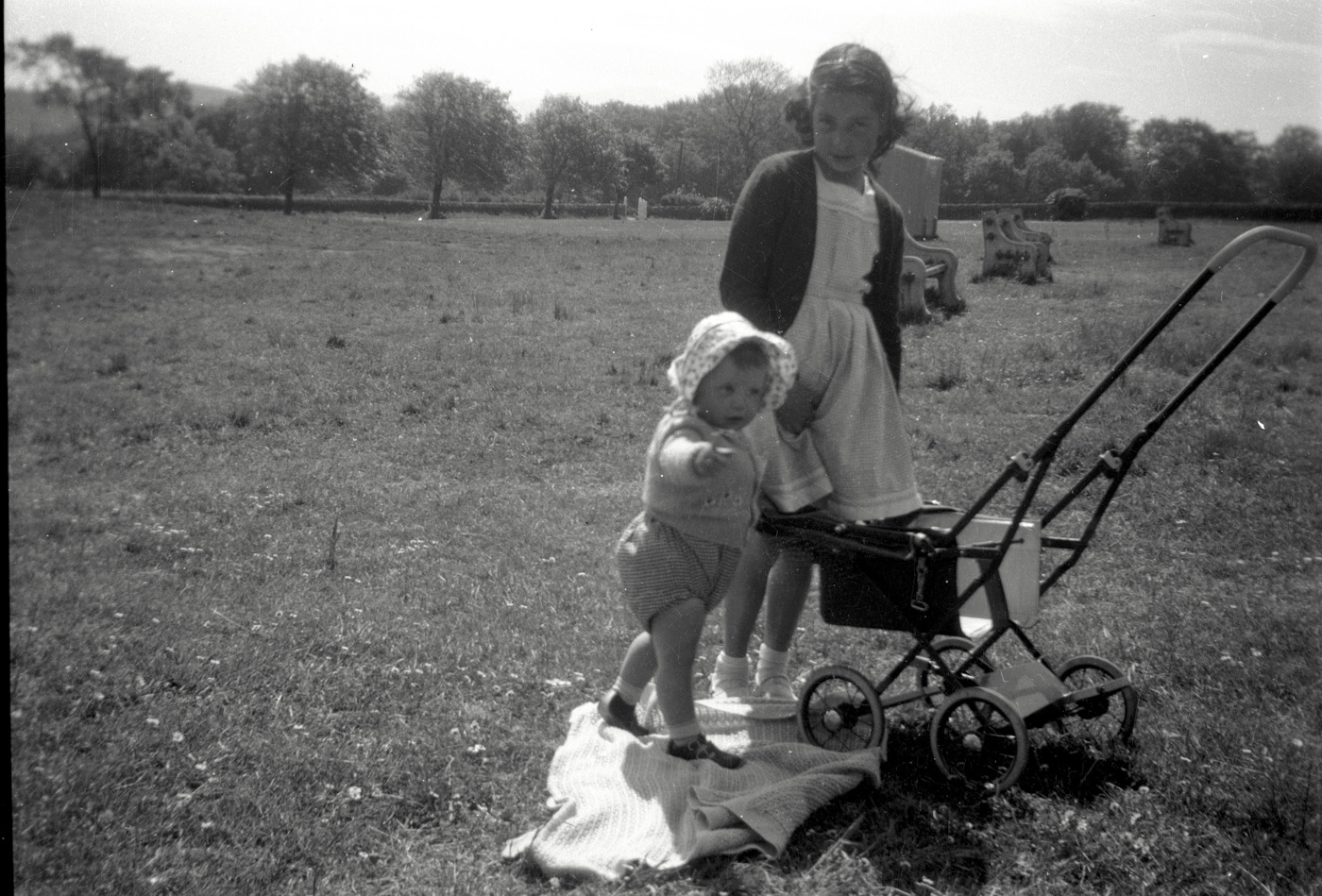 I asked relatives, they had no idea. My cousin who sort-of resembles this young woman and was initially who I thought it might be, had no idea either. But she added “It was post-war, there were lots of things going on, maybe this is one of those things…” then stopped, and was silent, and after a bit continued “…but you know your mum, she would take in anyone, help people out, maybe that’s the explanation…maybe she was helping look after someone…I dont know much more than you…”.

In one image the young girl wears a blazer with what seems to be a school badge on it, but the resolution is not good enough under enlargement to determine what it says. I did some research and posted a crop of the badge but turned up nothing. 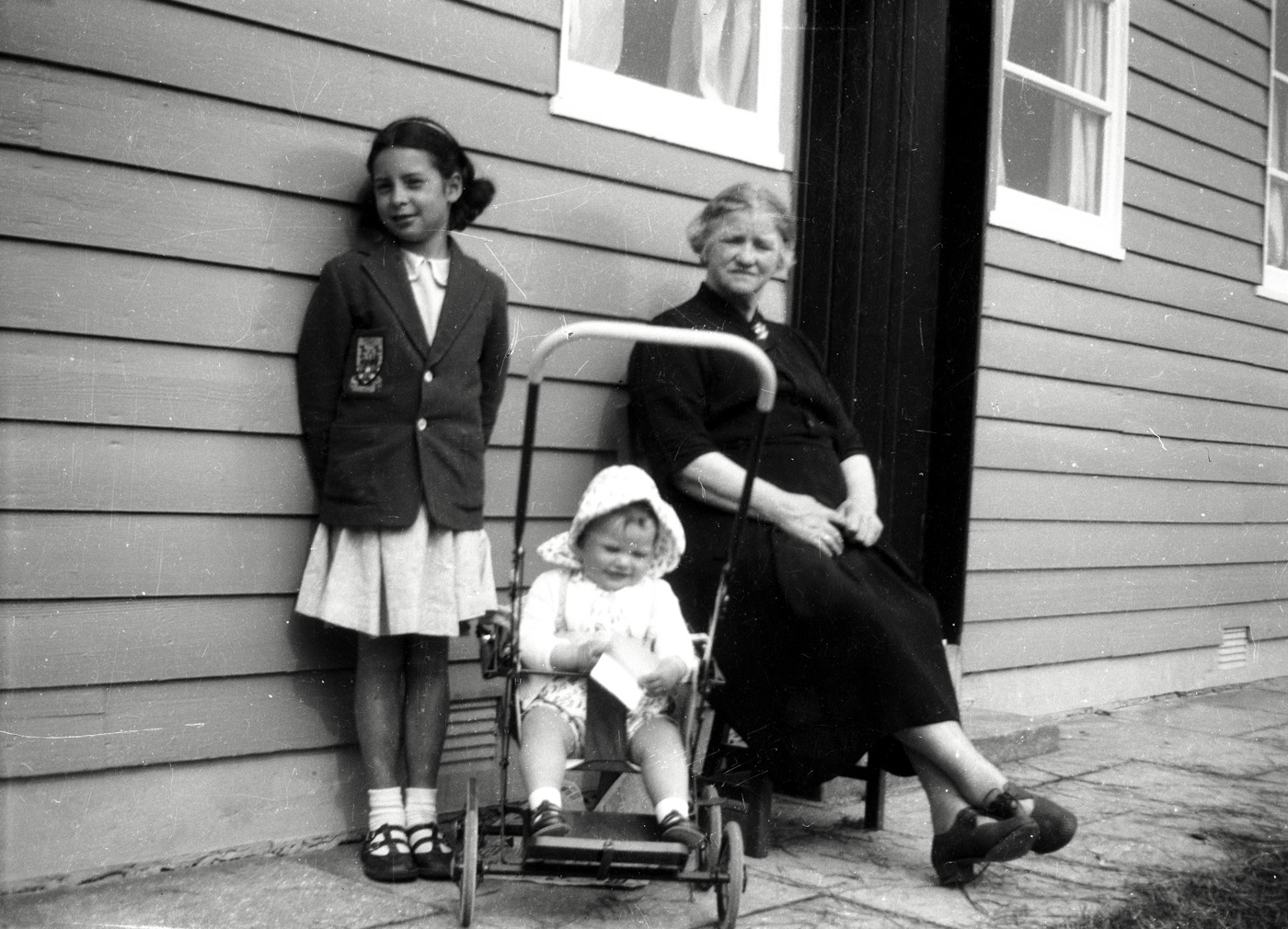 So I have a small set of images marking some moments in the life of our family, and rather than shed more light on ‘the story’, the additional images I’ve come across simply compound the small mystery contained within. 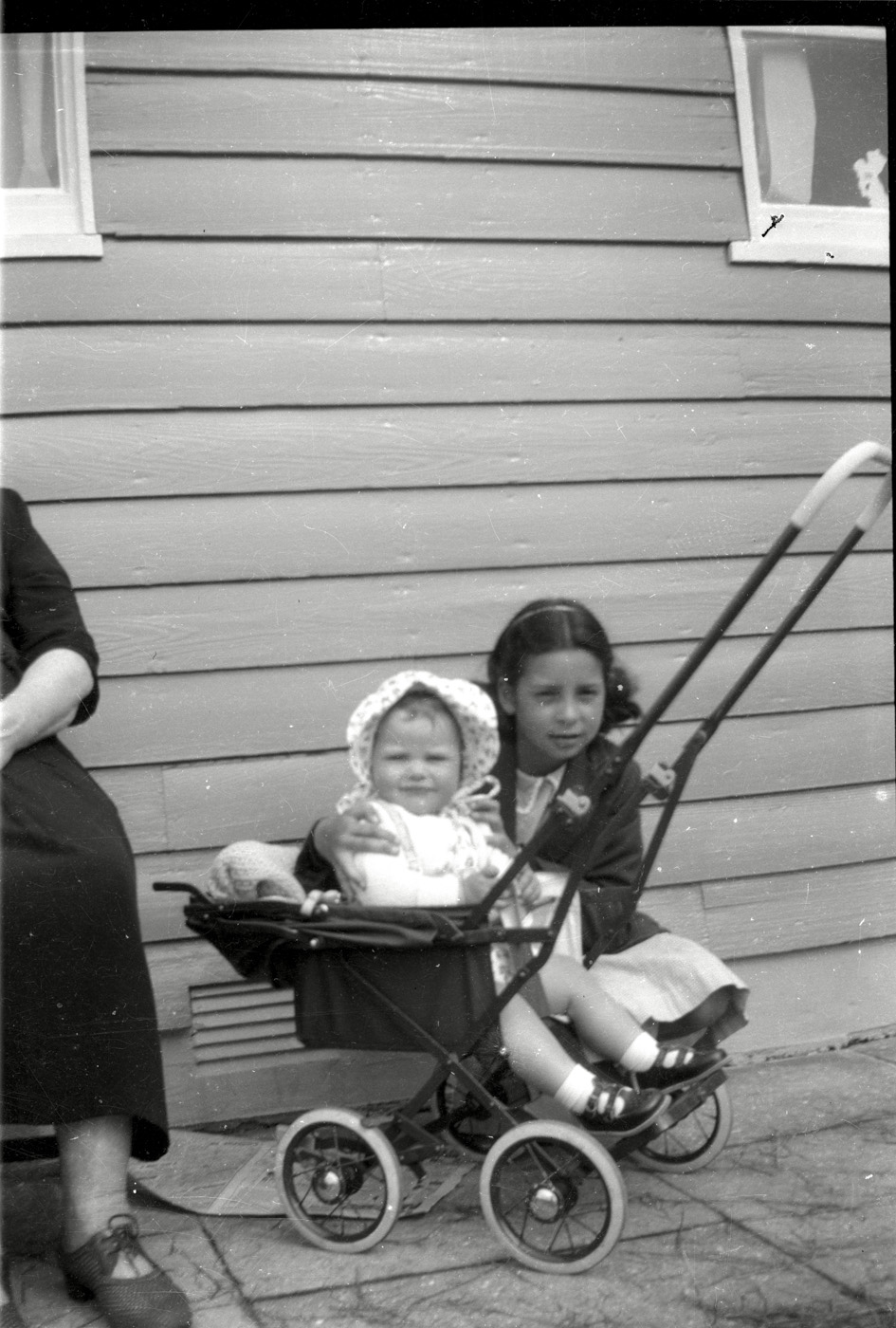 There was never any mention of the role this child played in the family, no hint at any time, no subsequent record I am aware of. Maybe because it was insignficant and is nothing out-of-the-ordinary. Or it may have been because it was something to forget. But there’s something faintly reassuring in all of this though. The images were made at a time when cameras weren’t that common, and expensive to buy and use, and that my dad felt it important to take these frames indicates the subject matter is important.

The irony in all of this is that the images came into my possession as a consequence of my mum’s dementia, the very act of their ‘release’ a consequence of her fading ability to recall the story of their content. And in a bittersweet counterpoint to their discovery due to mum’s illness, the photographer of these images, my dad, has been neatly excised from the record of my family, ‘erased’ from so many other images by that same illness, as I related here in ‘The Ineluctable Sadness of Loss’. Two people, a child and a photographer, connected by a sequence of scratched and faded pieces of film, but the story of that connection ‘lost’ through the passage of time and dementia.

I’m hopeful that one day the story will emerge, but until then I’ll just celebrate the fact we have them, enjoy the backwards glance they offer and ponder what went on ‘beyond the frame’.