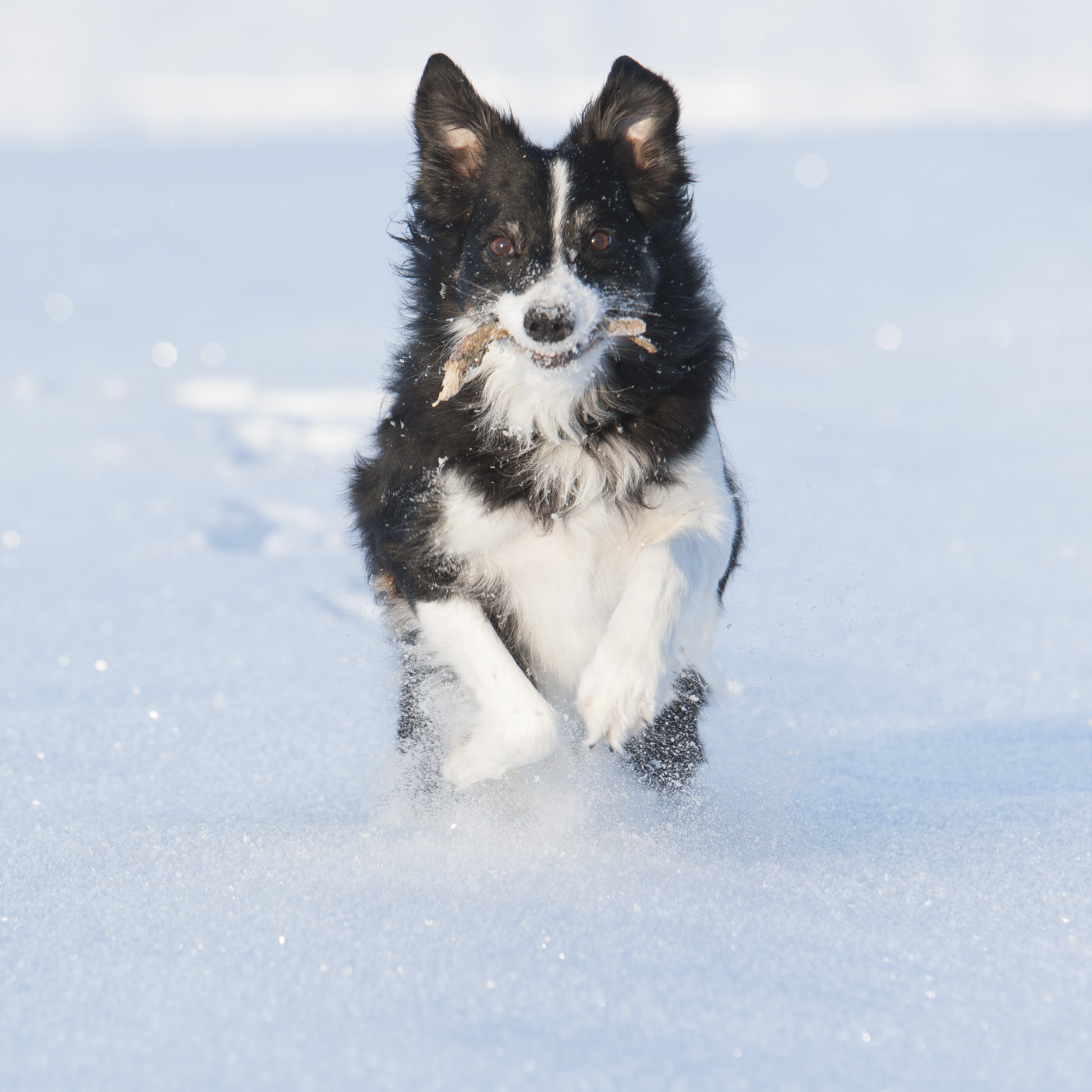 I was certain William’s loud wail of protest had reached the ears of the vet in the room above. I could tell by her face when I went upstairs a few moments later she had indeed heard it all.

I’d just explained to William what ‘going to sleep’ means when a vet visits to tend to your seriously distressed dog.

The evening had started well, warm outside, everyone relaxed, Corrie our 17 year old and frail but faithful collie lying at the top of the stairs. Suddenly she convulsed, and the convulsions persisted, growing stronger as her uncontrollable body thrashed around on the floor, eyes rolling, jaw clenched. I cradled her head and shouted for Melanie. The fit continued, three minutes passed, then very slowly the spasms eased and Corrie relaxed, whining in extreme distress. I phoned the vet, she heard the noise in the background and said she’d come shortly. Meanwhile Corrie, now out of the fit, had with some help managed to stand but was staggering about bumping into things, shaking and whining, could not lie down without distress, yet struggling to stand. We tried to comfort her but she was beyond that.

We knew this was going to be her last evening. But we couldn’t admit it. 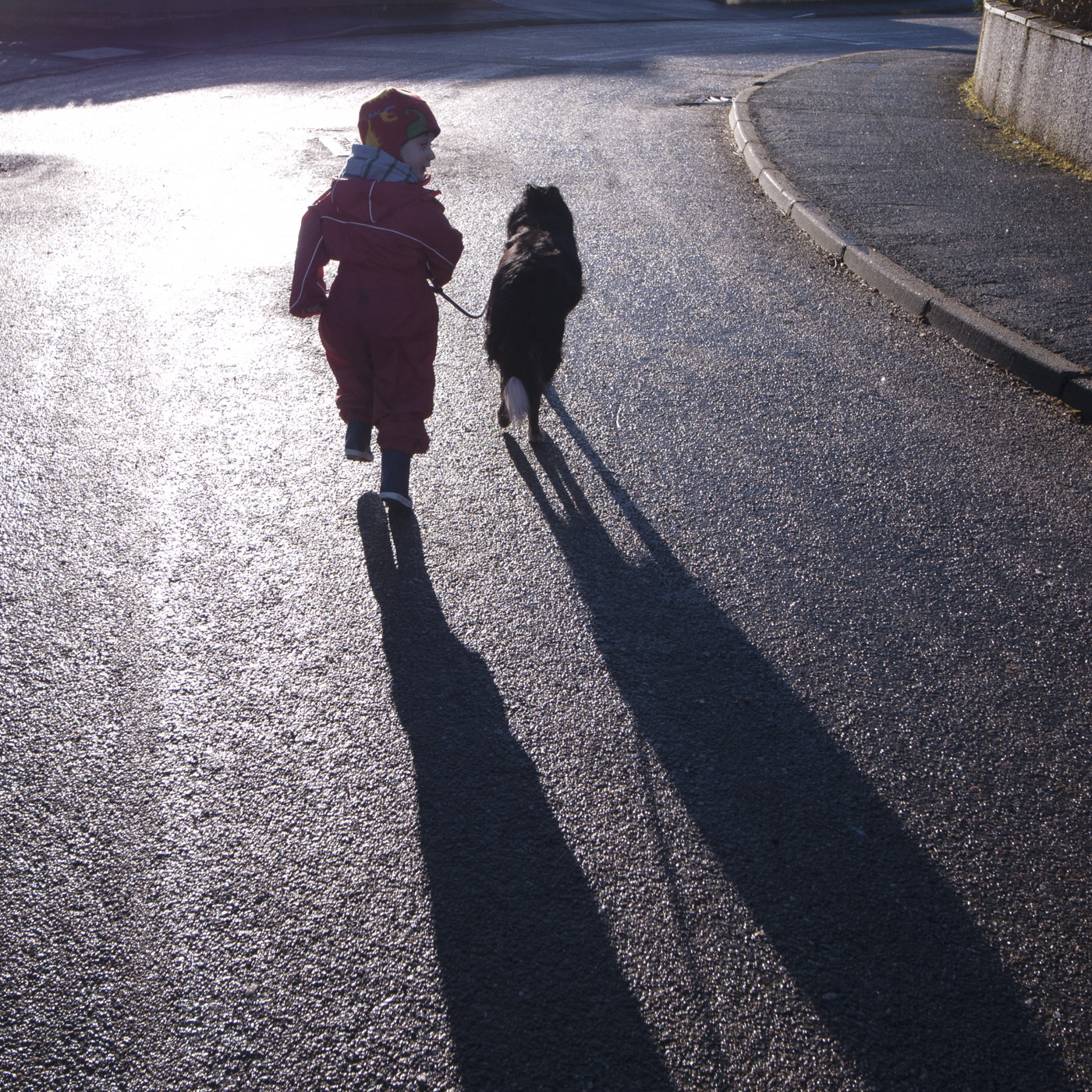 We’d had Corrie since she was a pup, a strong-willed creature born of working sheepdog stock and highly intelligent. William had grown into his eight year old self with Corrie, first as her rival for affection, then quickly her acquaintance, and finally as her dear friend and helper as he grew more confident and she grew more and more frail, deaf and partly incontinent. She was happy to be fussed over, loving it when the living room was filled with William’s school friends, all of whom had grown up with her presence and who stroked her fondly as they arrived, or departed. We’d trained Corrie as a Therapet and, qualified and insured, she accompanied me into care homes for the elderly and people with dementia, and in Social Work facilities for adults with learning disabilities, where she gently teased to the surface emotions and responses from people that staff had rarely seen and were astonished by. She could adapt to people’s needs with an uncanny knack that went beyond any sense I’m aware of.

One memorable, but fairly typical moment, was in a rural B&B where dogs were permitted but not allowed in the visitor’s lounge unless all those present gave their consent. I went down to find a couple sitting separately, he reading, she transfixed by the stunning Highland view. I made my introductions and asked “I have a small well-behaved Border Collie would you object to me bringing her into the lounge? If it’s an imposition I can leave her upstairs, not a problem at all.”

The man looked up but only the woman responded “My husband hates dogs, but I like them. So I don’t mind at all.” He put his book down, stared fixedly at me, and said firmly “By all means bring your animal in, but please keep it away from me, I really don’t like them.” 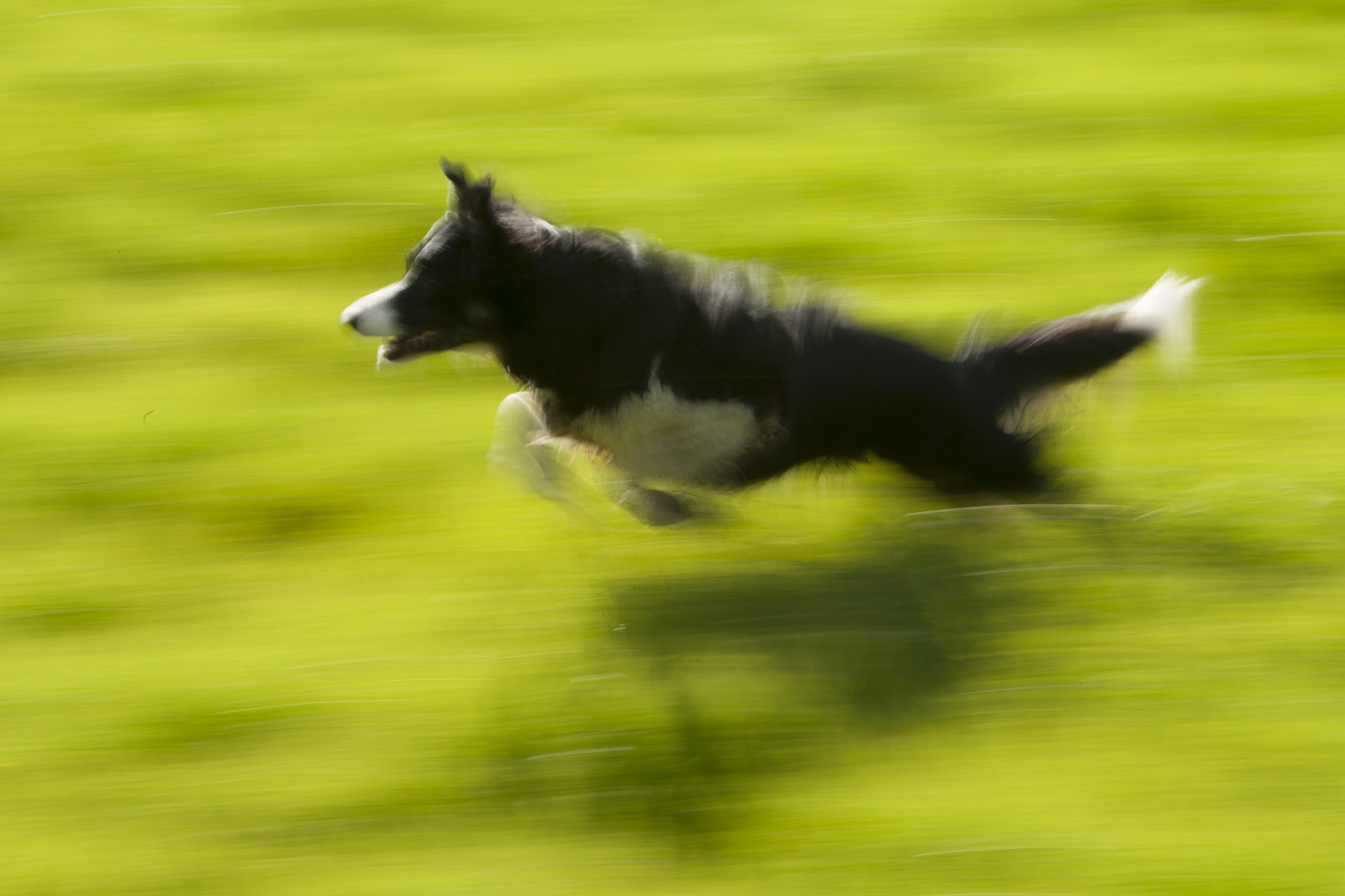 Corrie came in, and introduced herself. Within 15 minutes the man had Corrie lying at his side, his hand gently stroking her head, a broad smile on his face, her eyes looking up at him adoringly. His wife looked elated. “What a lovely animal” said the man “and she’s so…well…not smelly!  All the dogs I’ve met have been very smelly, make your hands whiffy, but she’s not like that, have you just washed her?”

“No, she just grooms herself constantly to stay clean, she’s very fastidious” I replied.

Later that evening after supper we retired to the lounge, the couple appeared and sat down. The man looked around “Where’s Corrie?” he asked. “In the room” I said “…we thought we should keep her out of people’s way for a bit”. The man looked slightly embarrassed and said “Would it be too much to ask that you bring her down, I have to say I did enjoy stroking her this afternoon and I would like to do it again! Is that ok?”. I brought her down and she went frantic wagging her tail like a metronome as she saw the fellow leaning towards her in greeting. They spent the rest of the evening together like long lost friends!

Corrie made a huge fuss of my mum, William’s granny, whenever we met her. Then slowly changed and became less frantic around her, and then we learned mum had developed breast cancer. A mastectomy quickly followed the diagnosis and still Corrie was gentle rather than her usual frantic self, nosing mum tentatively, rubbing affectionately up against her as collies may do, until mum started to recover her strength, at which point Corrie slowly resumed her affectionate madness and full-on greetings. Corrie just knew. 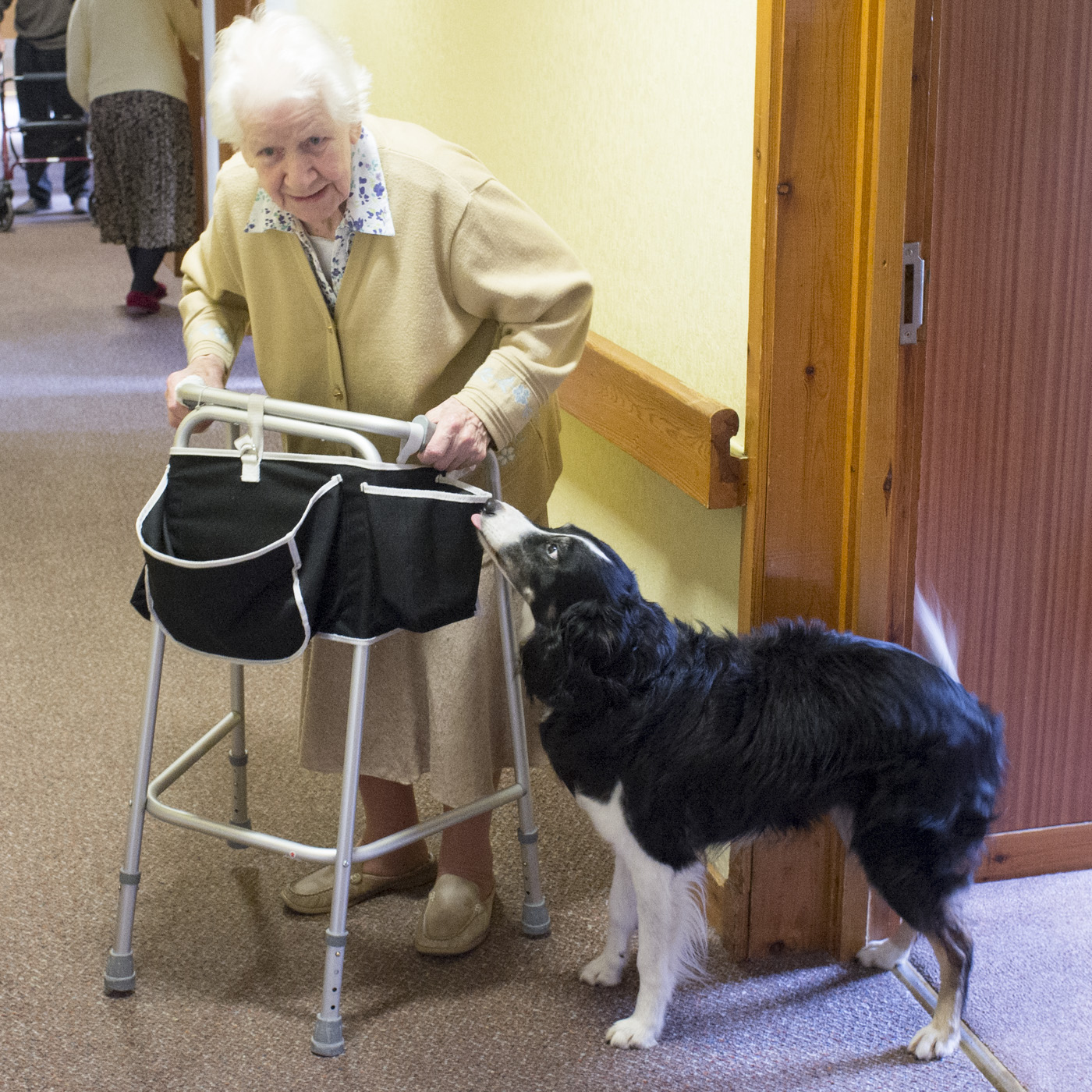 But on this final evening William had retreated to his bedroom. “I don’t want to see the vet, I don’t…” he’d exclaimed as he ran downstairs (we have an upside-down house, bedrooms below). I sat with him and explained: “Corrie is in great distress and pain. She’s been growing more frail since her illness more than a year ago and she’s managed to hang on well for all that time, so we’re very lucky. She’s very old for a dog, and her hips are worn out and she’s not able to walk properly any more. We’ll see what the vet says but I think she’ll maybe put her to sleep.”

“When she wakes up from sleep daddy, what happens then?” asked William.

And then the wails as I explained that ‘sleep’ is a word used to make the process of death sound better.

He tried to take it in. He used logic to probe the meaning and managed through sobs to ask:

I explained why its called ‘going to sleep’ that she was lying down now and would gently drift away and be free from the pain and distress. Mum and I swapped places and she calmed him, but he needed lots of reassurance and cuddles. A fixed point around which his young life had orbited since birth, was fading and would soon be gone, and he knew it. 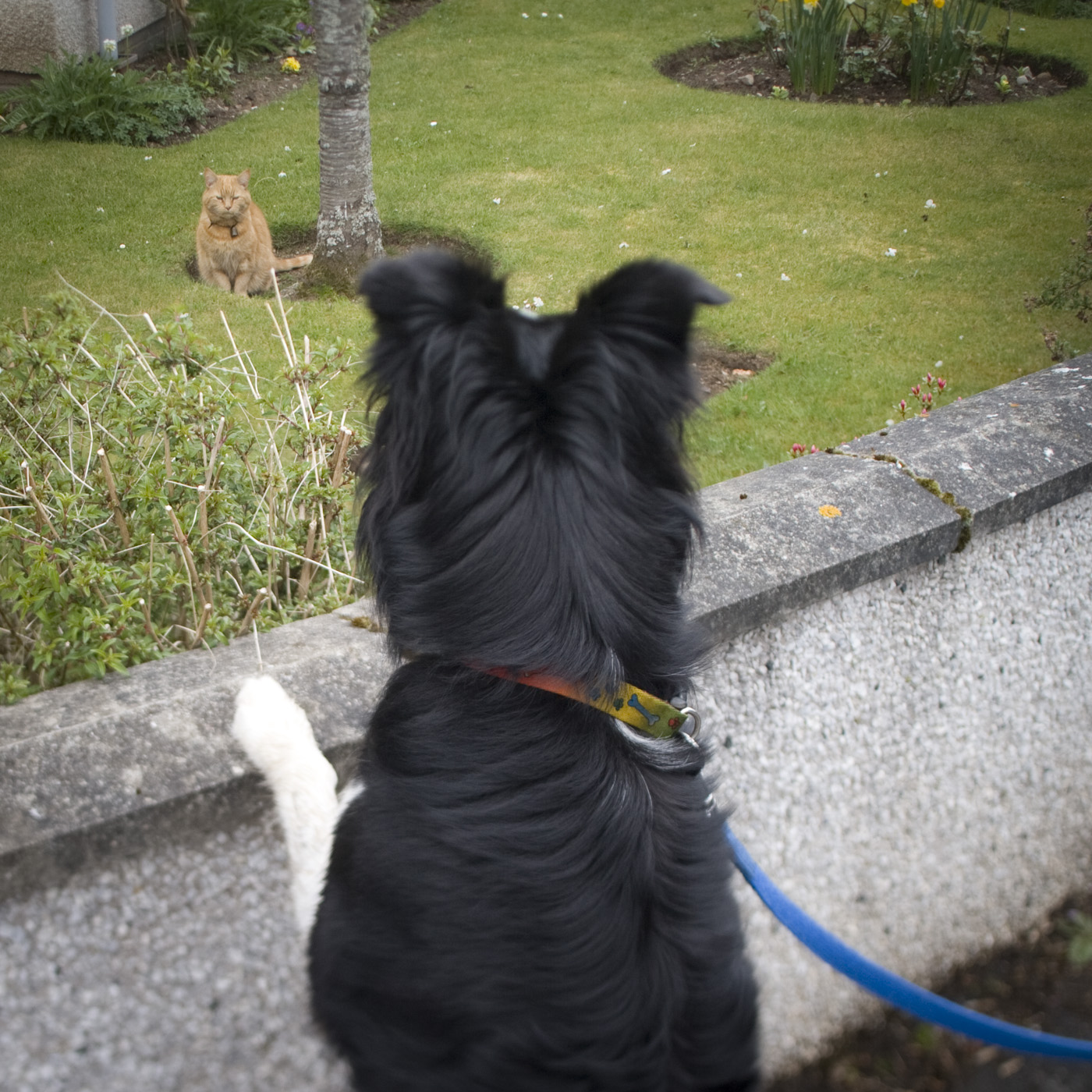 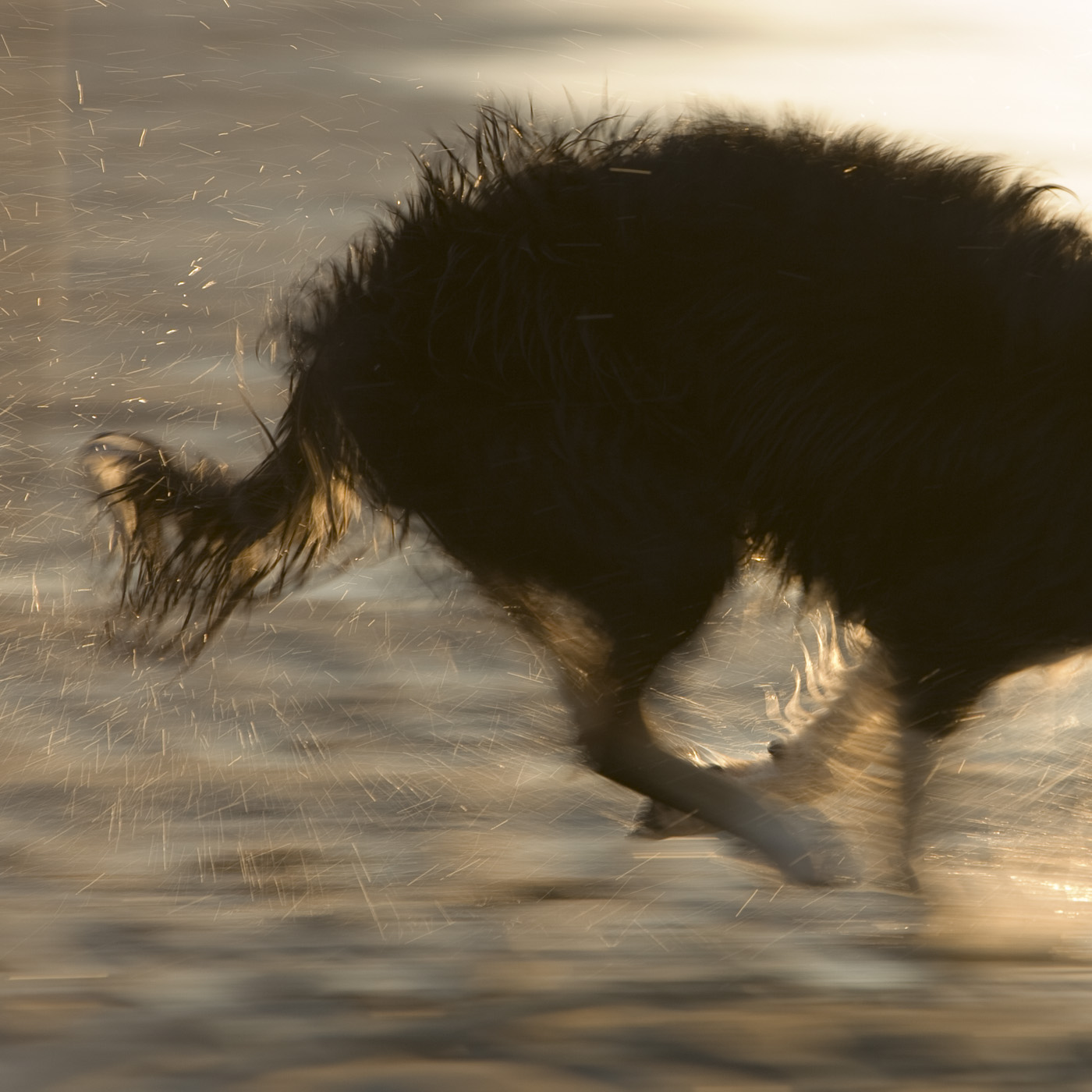 Melanie explained about the cremation. “What’s cremation mean?” he queried. She was explaining as I came into the kitchen just in time to witness William crumbling once again “You can’t burn her, no you cant, first the vet kills her now you burn her, no no no that’s terrible…!”

Melanie quickly responded “You remember the viking story we read the other night? The one about the viking chief who died and the other vikings honoured him by placing him in his boat and setting it on fire so his ashes went out on the sea one last time? Yes? (William nodded and brightened) Well that’s what we’re doing. A ceremonial cremation and then scattering her ashes on the sea at the beach where we’ve walked her for the last 14 years. You know how much she loved swimming in the sea and she will be able to go in one last time. Like a hero.”

William thought for a moment, then nodded in assent. He remained pensive as he finished his breakfast.

I left for the short walk to school with him, he was positive and confident, talking about a new puppy and being its friend. We went to the beach a few days later with a little packet of ashes, for that one final walk and then gently scattered them from the end of the breakwater onto the sea’s treacle-black surface. The long plume floated momentarily then gently sank, swirled to and fro by the tide, and was gone.

I threw a small stick in after it. This time I didn’t expect it to be brought back.