This image by David Becker stopped me for many reasons. (one of a series of striking & thoughtful images here). It’s not the worst image you can find, but it’s one that I thought deeply affecting.

Their ‘cowboy’ look, her boots, their hats. At a country music gig, a celebration of the USA’s culture and roots, and its frontier spirit.

But mostly it’s about the elderly man’s vulnerability, prey to ‘the right to bear arms’ and no small amount of madness.  The look of terror on his face. Disabled. Slow. A target.

The American Dream as nightmare. 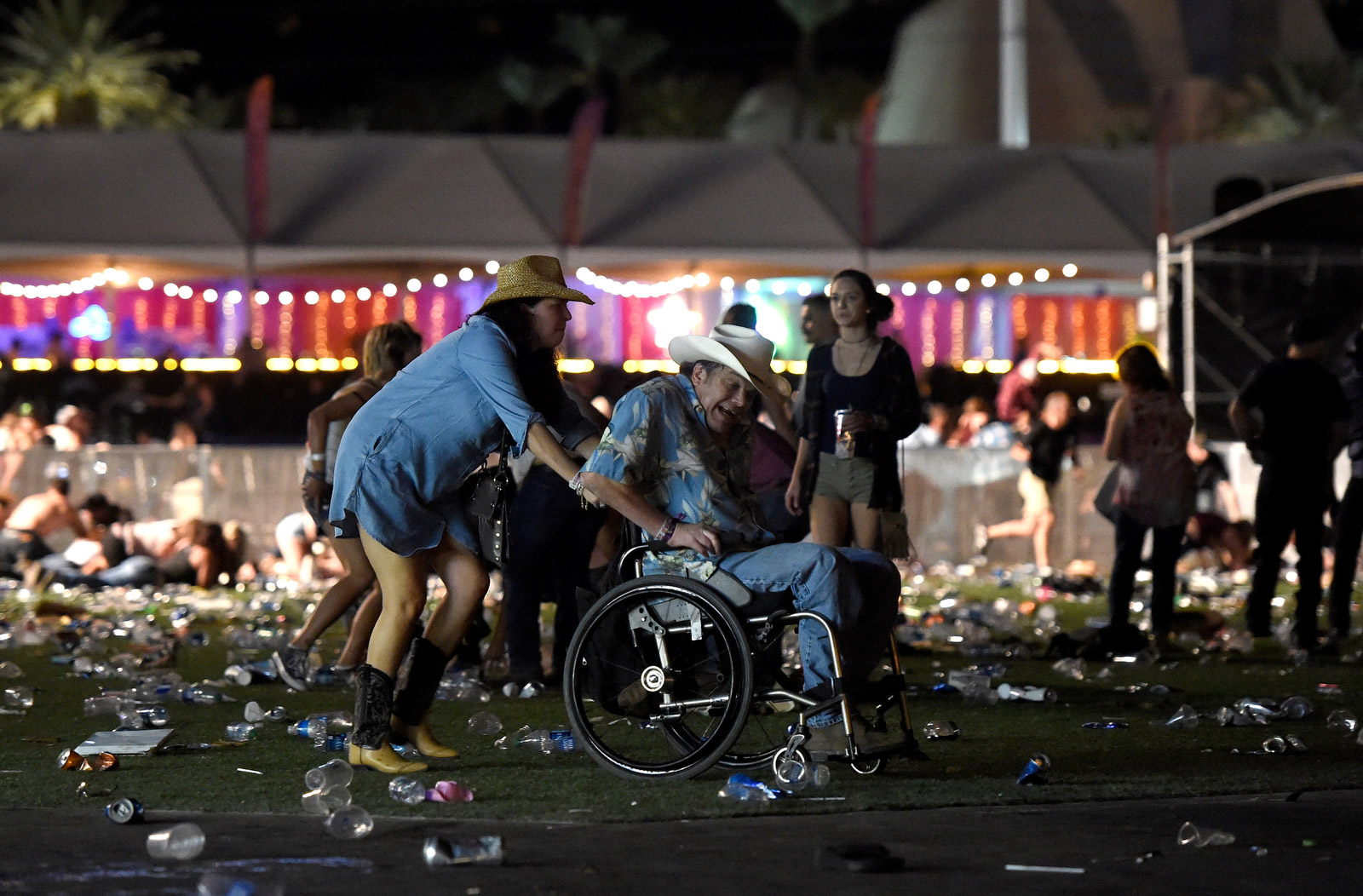