Life’s a Beach, and Then You Try 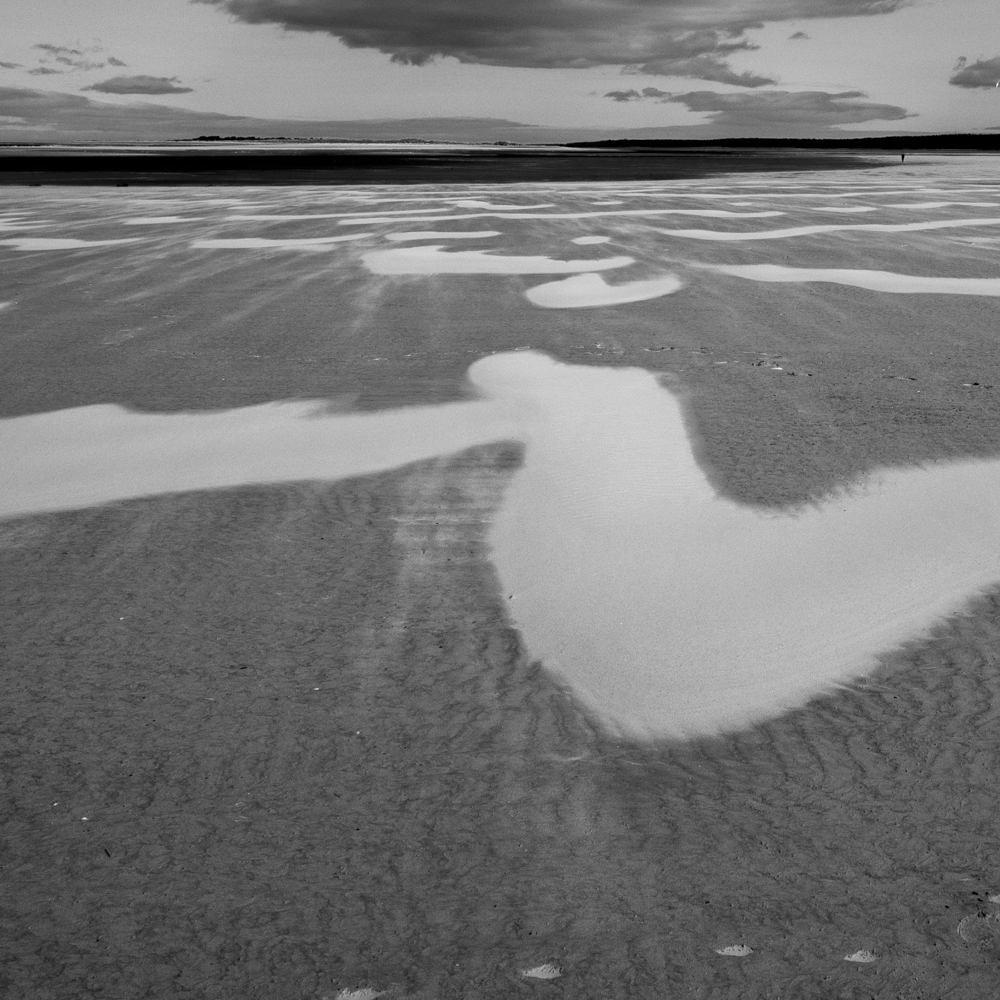 “Thats a lovely dog” said the lone man on the beach. The only other person out on this stormy day. “She’s very friendly!”

I could just hear his voice above the whistling westerly wind that scoured the beach, peppering my legs with loose sand that, once mobile, windrippled along, aggregating in dips and hollows to form rorschach patterns, and tumbling leaf-litter and weed along with it.

“Yes, she’s still only a puppy, 6 months old, part Border Collie, part Kelpie, the Australian sheepdog. We lost our other dog earlier this year, she was 16 years old…a good age though.”

The new dog, Luna (named by William, age 9) jumped at the man trying to kiss him. He smiled, she persisted.

“No not really, well I suppose she will be, sort-of. We trained our last collie as a therapy dog and she went into hospitals and care homes so people could pat her and interact with her, the folks loved it and the dog was delighted too.” 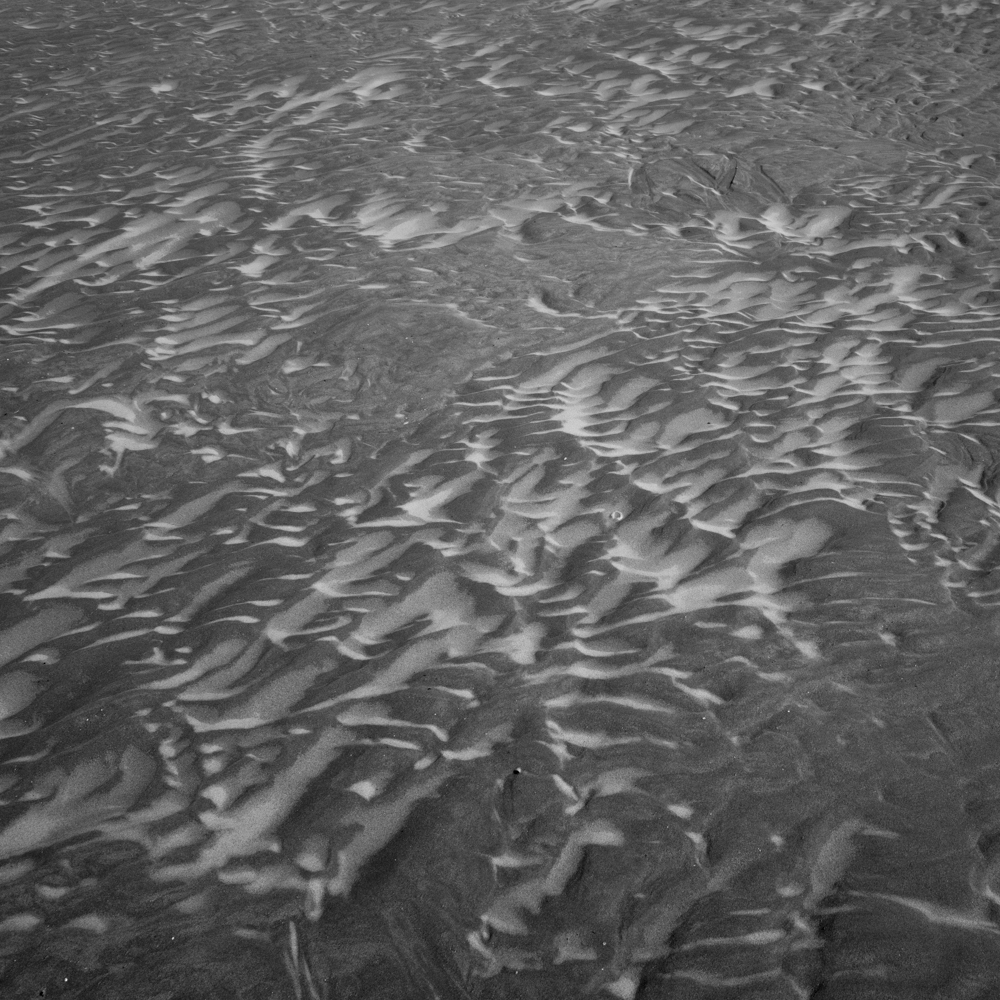 Luna ran round and round his feet, side-eyeing the man as she did so.

He said, wistfully “I used to have a collie, when I was younger, between 12 and 16 years old. With my dad. But I’ve not had one since, just circumstances. I need to find a job that allows it then I’d consider it, they need so much looking after, you’ve got to do it right. I’ve got three children, but I’m a lone parent, that makes it hard. My dad wasn’t very good to me or the dog. And I’m not going to be like him. But I like dogs very much. It’s taken me a long time to realise I’m not what my father said I was, that I’m a good person and can be whomever I want to be. Thats an important thing to realise. I do now, but not back then…and…”  he let the wind take over and whip his words away like grains of sand. The edge in his voice, and the tightening of his jaw, when he mentioned his father hinted at things best left unspoken, but which now 40 years later still exerted considerable sway over his life.

Luna stopped and rubbed herself against his leg, that typical collie affection offered to people who may just reciprocate the feeling, but who may also badly need that affection. Her dog-hunch was rewarded with considerable patting and ear-rubbing, with a soft and soothing voice to underline it, and she swooned onto the sand eliciting a full-on tummy rub too.

“So are you working offshore then?”  I asked, “…that’s the common thing round here – several weeks on several off, would make it difficult to look after pets as a lone parent..”

He sighed. “No, I quit the job I was in because it was too stressful. I have bipolar illness. I have hypermanic phases, I’m in one now. It’s pretty good in some respects because I can channel the boundless energy and do huge amounts of work – I can fit 48 hours into 24 if I have to…  And I’m very intelligent which is a real bonus!”

“Why did you quit your job?”

He leaned over and rubbed Luna again. “Oh just petty stuff between people that made work uncomfortable, nothing that involved me though, I just don’t need that so I quit and I’m spending time with my children. I’m on benefits just now, Universal Credit, what a bloody pain it is, its a totally useless system, complicated and unforgiving.” He exhaled, rubbed Luna’s head and went silent. 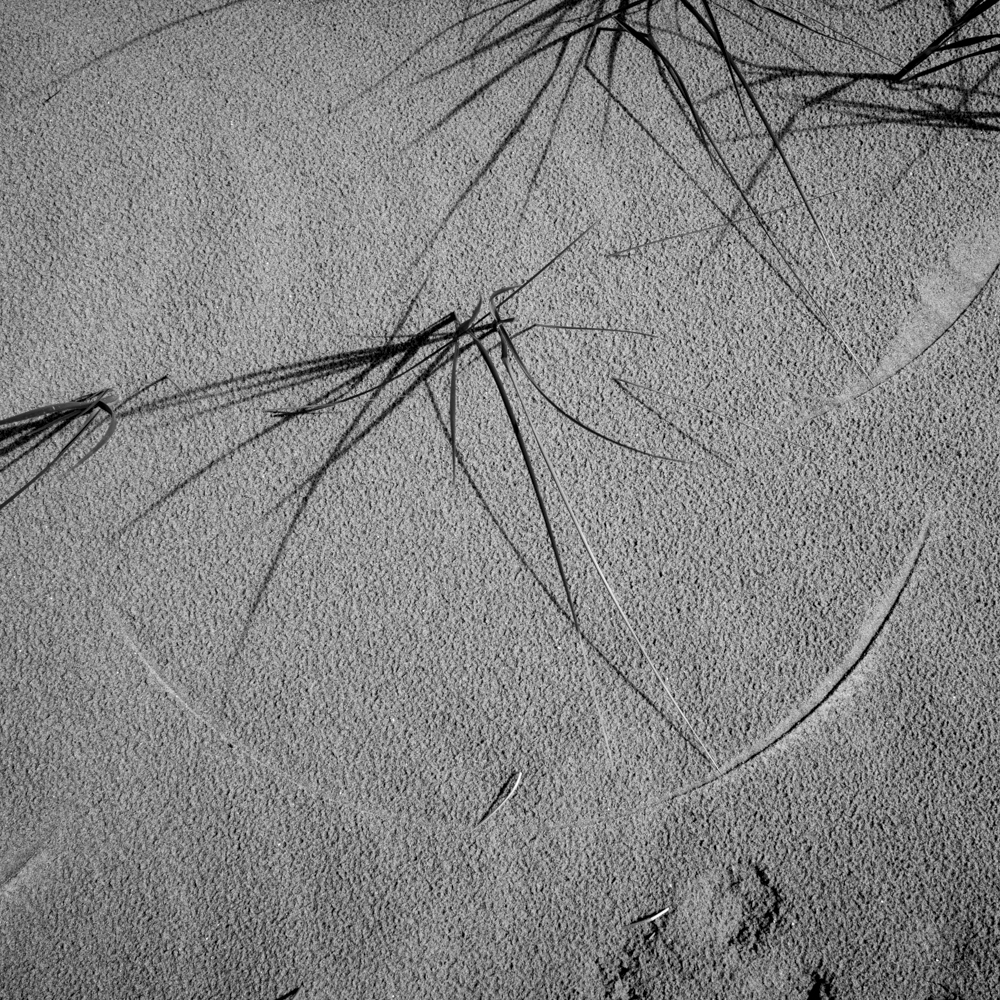 Beach grass whipped to and fro by the wind © John MacPherson

Then after a moment added “I like to climb, I went over to the west last week and climbed a few hills in Torridon in winter conditions, I love that. I had no money so I had to hitch. I was speaking to a guy at the bar in the Inn and mentioned I only had enough money for one drink and apologised I couldn’t buy him one. After he’d left the barman came over, he’d overheard me and gave me a free bowl of soup and said I could pay him next time I was in. So I’m going to do that after Christmas. That’s important. You need to repay people. I’m lucky, my interpersonal skills are excellent and I love talking to people.”

The wind increased and sand stung our cheeks. Luna turned her back, lower down where she was, nearer the ground, the sand was blowing viciously.

“That sounds bittersweet – no job, but more time with your children. Are you looking for another job?” I enquired

He stood straight, and a huge smile broke across his face.

“Well yes, but I did something last week that…that…well I nearly never did. I thought about it, decided not to, but then did it anyway. I wrote a letter to Sir XXXX  XXXXXX the Scottish entrepreneur. I’ve always admired him and his business sense and what he’s achieved as a consequence, I mean not just in business but in a charitable sense.”

“He’s a proper philanthropist” I interjected “…got a real social conscience.”

“Yes he is, so I wrote to him, I told him I admired him, have done so for years, explained that I’m just like him, I have a social conscience, I’m hard-working and dependable, good interpersonal skills, and that I’m bipolar with manic phases which means I can work really hard and am able look at problems from many angles and find solutions. I sent it off and that was that.”

“Well I didn’t expect much to happen but a few days later my phone rang, a number I didn’t know and it was Sir XXXX  XXXXXX’s secretary. She said he’d been very moved by my letter and wanted to meet me! She said he had two days free after the Christmas break and that if either of the dates suited me and I was prepared to travel to the city he would be delighted to meet with me!”

“Nice one!” I exclaimed, as Luna leaped up to try another full-on face kiss.

“I’ve no idea what will happen. Maybe nothing, I mean I don’t expect  him to offer me a job. But maybe I’ll get a contact that will see me back into work and I can be of use to people, but even if its just advice he offers, that’ll be good enough for me because I’ll heed it. Look I need to get on and then get back, I’m staying at my mother’s home just now. Its been nice to talk to you.” 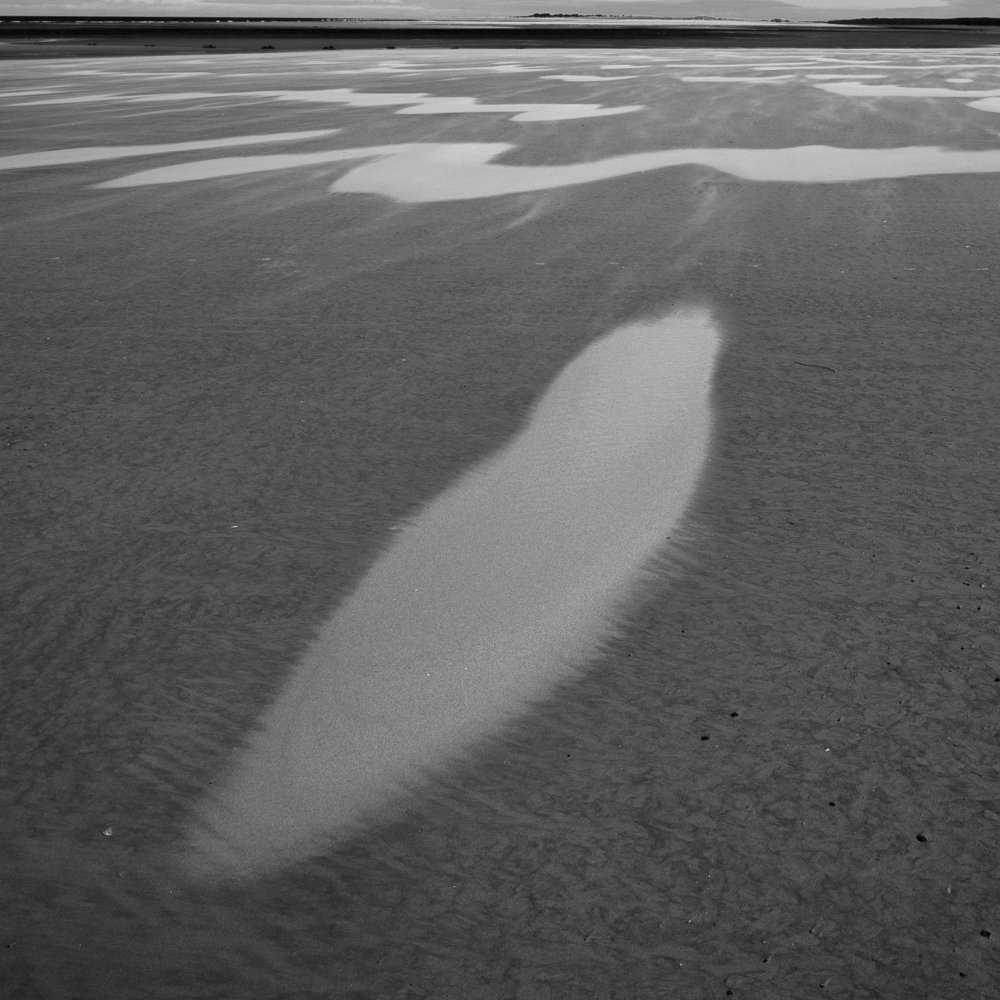 I removed my glove and shook his hand and wished him well. He smiled broadly and turned and walked on along the beach. The wind-whipped sand filling his footprints within seconds, the only sign of his presence disappearing.

But he’d left his mark on me.

Good luck mate. I hope this New Year is a good one for you. I think you deserve it.