The front door opened and she walked in slowly. So very painfully slowly. Glacial would perhaps best describe her gait.

She wore a rough white woollen wrap over a loose-fitting comfortable track suit. Loose-fitting, not by choice, but by having become so unbelievably frail that even the slimmest-fitting clothing would hang loose upon her. 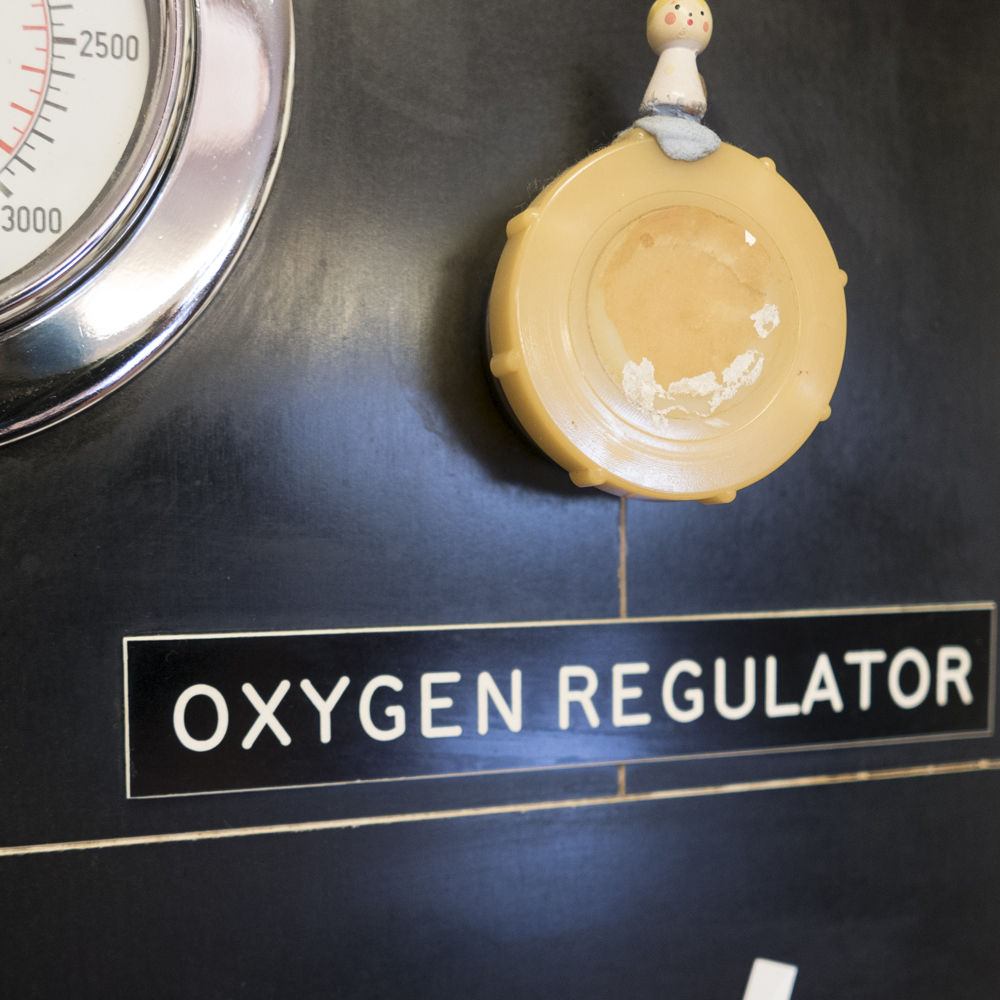 Faces turned and smiled in welcome, she returned the salutation weakly, but with feeling. Her skin was unbelievably pale, tinged with yellow, in stark contrast to her glistening black hair. With the aid of her stick she made her way to ‘the tank’, removed her shoes, climbed inside and relaxed into a chair. And then exhaled, a long tired sigh.

She looked wan, gaunt, and exhausted. But her prominent cheekbones framed eyes that were still bright and sharp. Although painfully thin she still carried herself with a noticeable elegance that many aspire to but few really ever possess.

I’ll call her Emily – not her real name, but it will suffice, because it has a nice regal ring to it.

A couple of other folk and I also climbed in and sat down beside her.

The tank is a pressure chamber. Users go in and breathe 100% oxygen under pressure and super-saturate their body tissue. It has benefits for many: old people; young people; even infants, carried in by anxious but hopeful parents. HBOT is the proper term, Hyperbaric Oxygen Therapy. You can read all about it here. 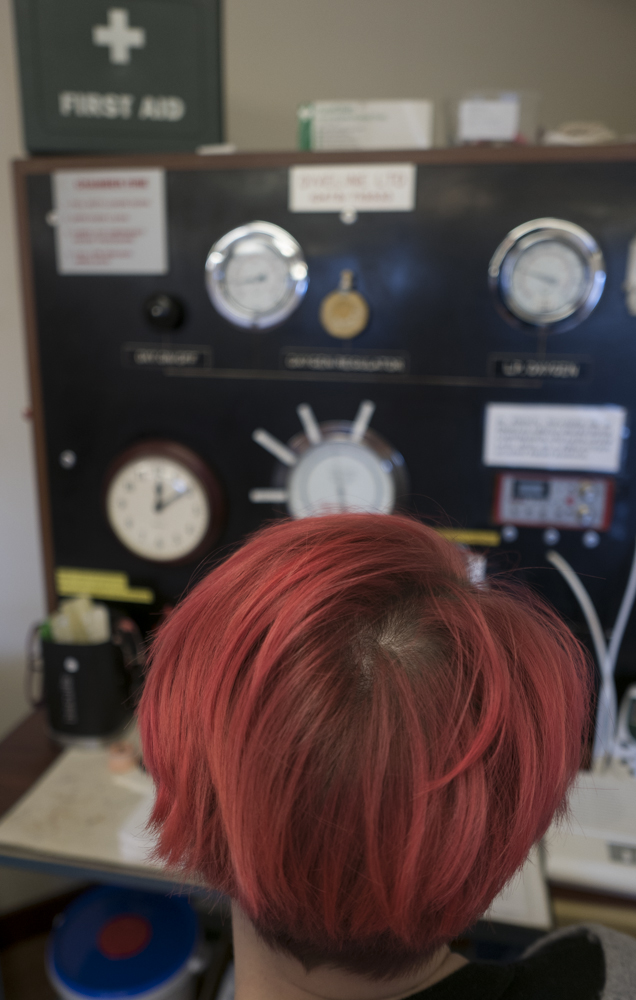 The external controls for the tank, continually monitored when the tank is occupied. © John MacPherson

The facility was originally known as the Multiple Sclerosis Therapy Centre but a change of leadership and new ideas has rebranded it The Oxygen Works, a play on words thats positive and unambiguous. It serves a broad range of users, some have MS, others fibromyalgia. many people are recovering from strokes, and there are numerous others.  I was there for treatment for the severe concussion I sustained some time back and which has caused a variety of issues for me. But’s thats not really important, that’s only to explain my presence, as this is not at all about me.

The tank was sealed and the pressure increased. Our ears ‘pop’, and we all yawn to equalise the pressure, and then sit masked for a full hour, silent save for the loud inhalations and exhalations through demand-valves and exhaust-valves. Demand valves are aptly named – the process demands some effort, no shallow breathing here, each breath is deliberate and noisy. Some people try to doze, many (like me) read uninterrupted, whilst a few others just stare fixedly at the steel walls that confine us. 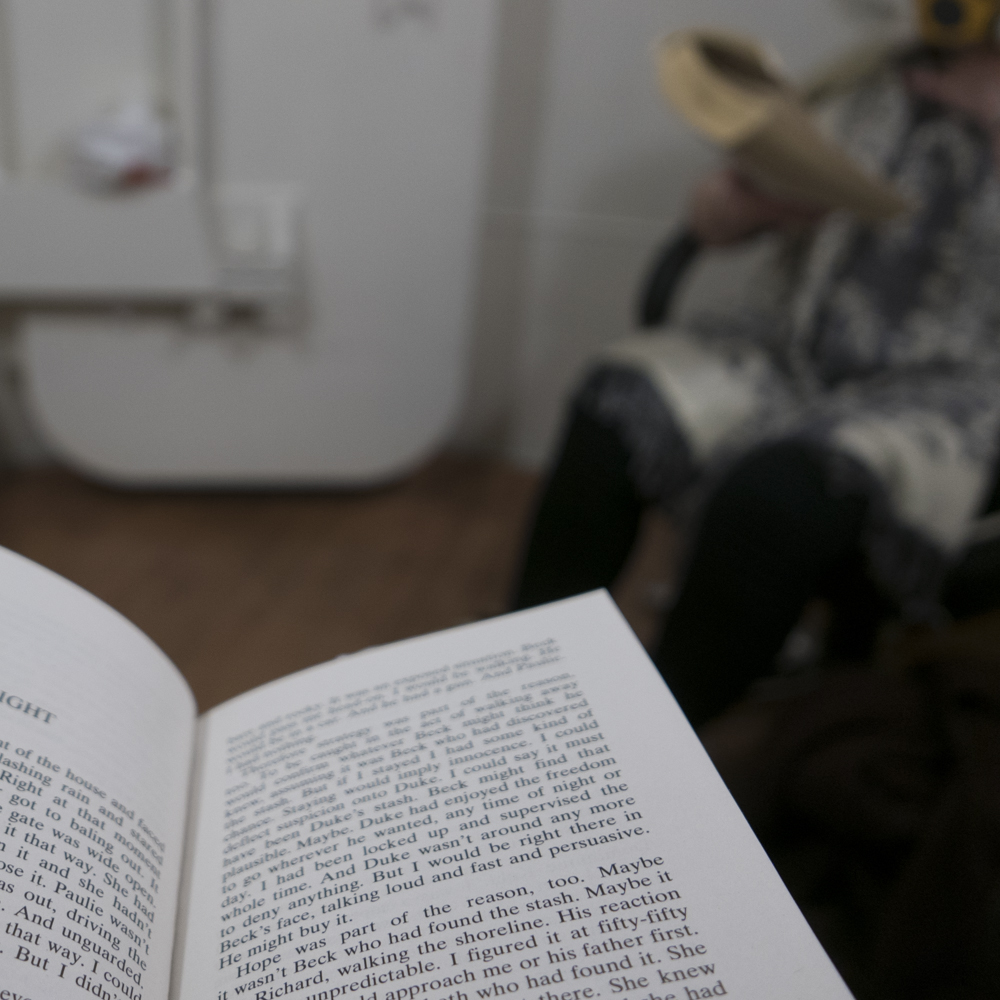 My book, and one of my tank-companions reading © John MacPherson

Emily painstakingly rearranged her mask, sought a comfortable position, and then I noticed she was clutching a hot water bottle with one hand, holding it tight against her abdomen. Every movement she made was considered and delicate. With her mask on, she slipped into the routine of breathe in, exhale, breath in, exhale, breathe in…..

I watched her hands. They were unnaturally thin, no subcutaneous fat at all. Long fingers, bony, almost transparent. The outline of her knees protruded through her trousers, legs so devoid of muscle that the knee joints formed the most prominent part, jutting out against the fabric.  But what struck me was that every move she made was slooowwwww. Even her breathing, with the demands of the valving system, was painfully, achingly slow. Every breath of oxygen drawn in with effort. I imagined her tissues struggling to absorb it, slow-motion oxygenation. 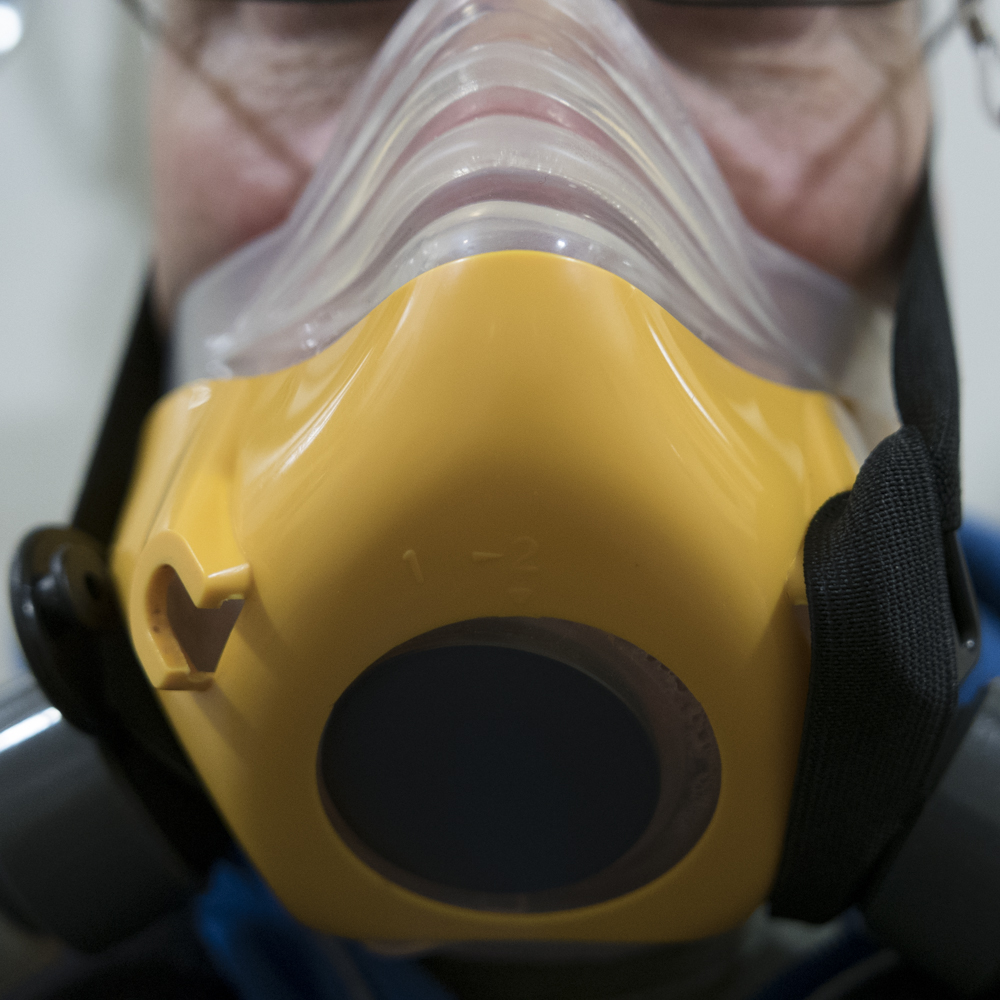 Time passed, pages turned, eyes flickered to and fro. Our hour ended. Now we decompress and in the gap we talk, masks off.

The man beside me explains he has fibromyalgia, and asks Emily what she is receiving treatment for. She looks at both of us, weighing us up, then “Cancer. I have cancer. This is part of my fight against it. I do other things too, but this is one part.”

“Well yes, before I started this treatment a year ago I was unable to walk. Not at all. Now I can walk the length of the room out there, slowly, very slowly.  I never thought I’d do that again.” and fell silent, eyes inquisitive, searching our faces.

“Wow! That’s good.” I said, hoping I sounded sincere. Because I was. 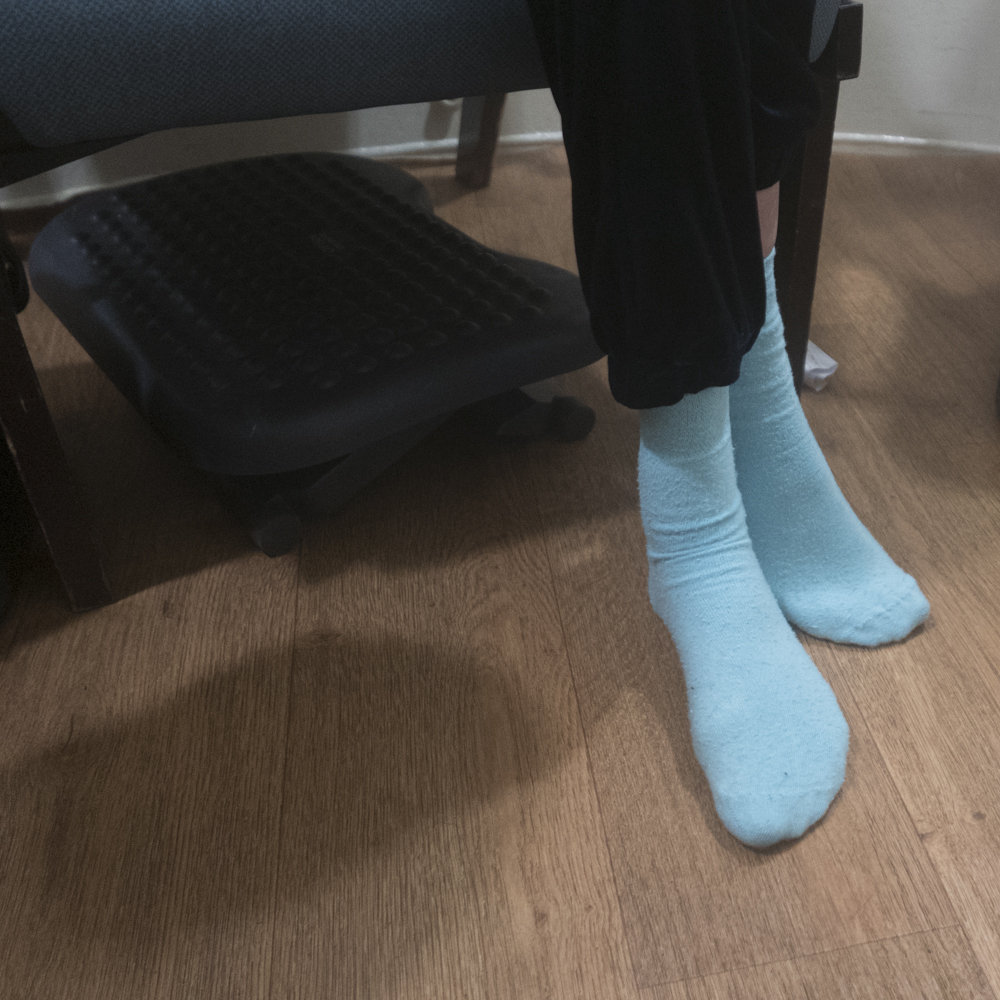 “Would you believe that because I can now walk across a room I’ve had my benefits reassessed because I’m now classed as “Fit for Work’ ?” Emily revealed.

I said “What!?” but inwardly (and probably betrayed on my face) thought ‘what the hell?’

“Yes, fit for work” and she waved a bony arm to emphasise the ludicrousness of it. A slow-motion stiff-armed wave that took effort.

“What work do you think you can do?” I asked, struggling to temper the astonishment in my voice with the knowledge that ‘aspiration’ for people in a difficult situation can be a powerful motivator, physically and psychologically.

“Nothing. Nothing at all really. I can barely walk, I’m not strong enough to lift anything, I can barely lift a pot at home to cook. I can sometimes peel a vegetable, but slowly.”

“What work do THEY think you can do? Have they got a job for you?” I asked.

“What are you doing about it?” I ventured, gently, concerned.

“Appealing. Appealing to see if common sense will prevail. I’ve gone through the appeal process, now I just wait for the response.” she replied, the frustration evident in her voice. Then fell silent. Nothing more to say.

We exited the chamber. Time up. Pressure off. But for one of us the pressure was still on, real, threatening and all enveloping.

I witnessed it today. It caught me by surprise. The real and very human face of ‘fiscal prudence’. It was painful to witness.

And I’m angry. So I’m writing about it, because I don’t quite know what else to do about this individual’s story, that I know is only one amongst many. All I know is it needs to be heard so now I’m sharing it so you know too.

And neither can I.