“He’s my mate, I mean what else can you do if not something for your mate? So I got him this so he can walk with me, and he loves the beach…” 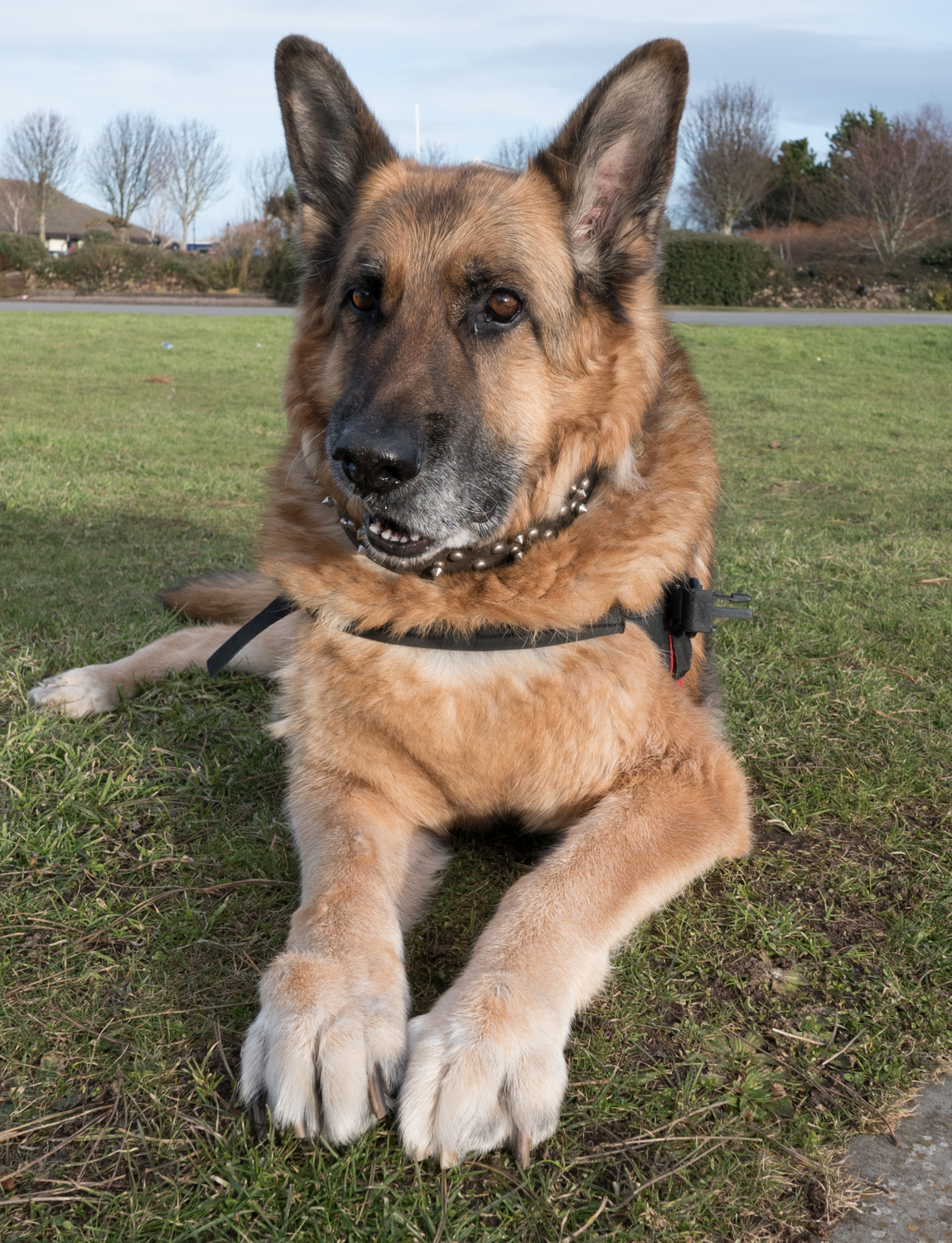 I’d spotted the dog’s owner hauling the giant German Shepherd from the back of his van beside the beach. The dog was huge, but the obvious slope down at the rear betrayed some problem with its back end. A closer look revealed a slightly lopsided face, but a face that framed huge friendly eyes.

Then a piece of equipment emerged, half way between a go-kart and a wheelchair. “Wow what’s that?” I asked the owner, John. 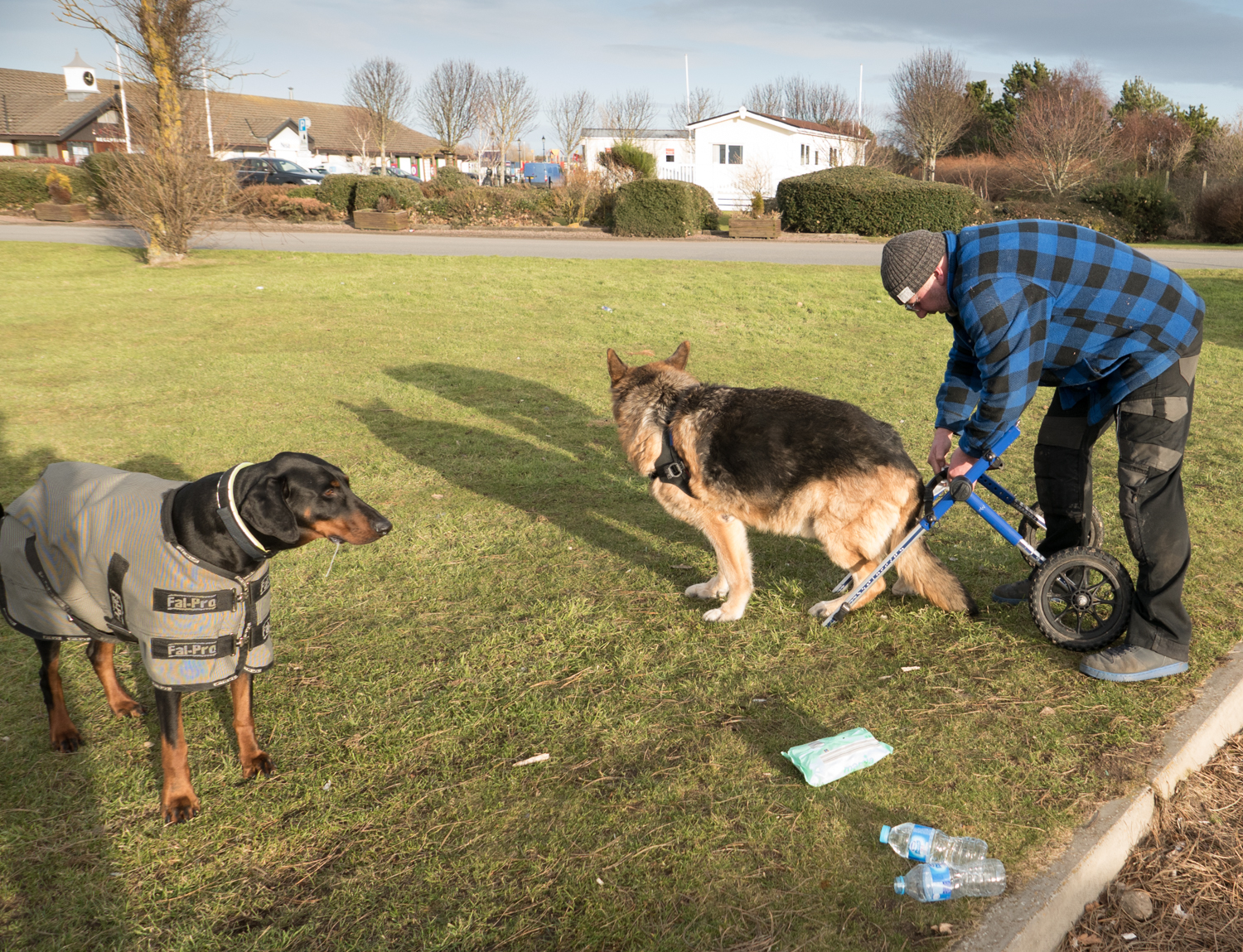 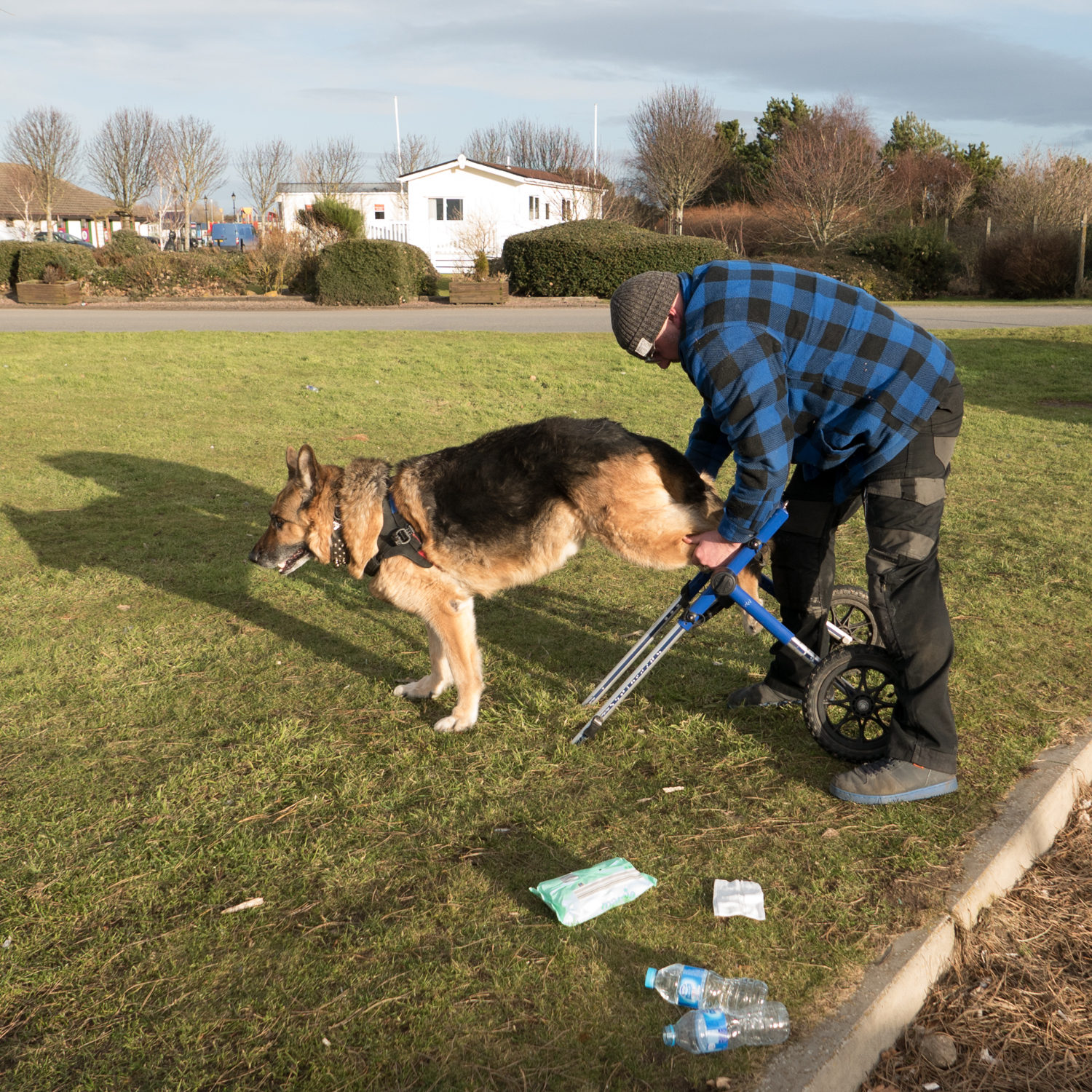 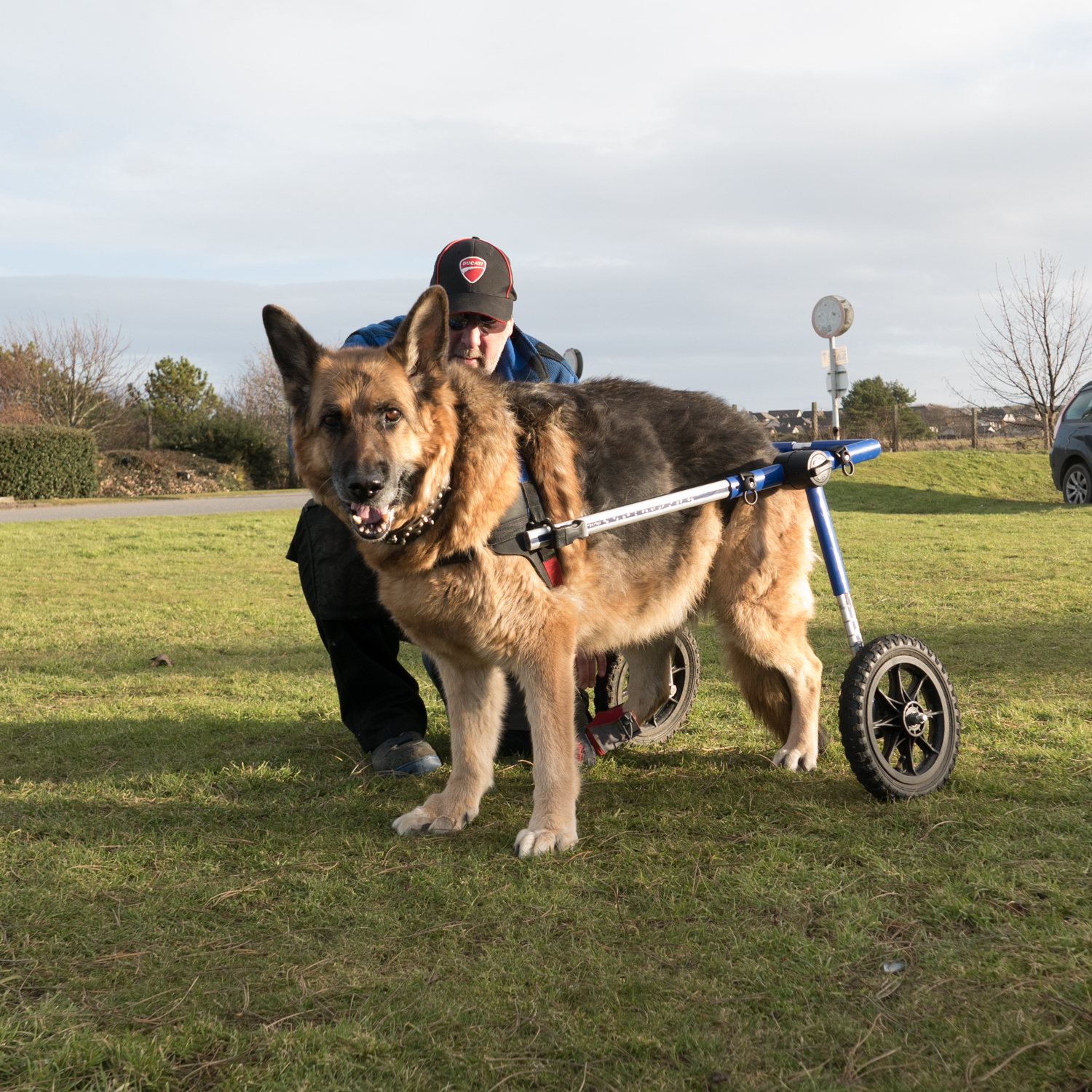 “Travis needed surgery but it went wrong so he had to go back for another operation. Sadly this one went badly wrong and he had a stroke, it’s left him with facial paralysis, and his back end is knackered on the one side too.” and he fell silent, busy sorting out the kit.

“He’s nine years old now, but he’s lost some weight since the stroke, He used to be over 65KG! I heard about these dog walking aids on the internet, and found one in the USA.  Cost me nearly £600 so not exactly cheap, but….well he’s worth it. It means he can be mobile and enjoy himself…although slow he can get out and socialise and just see stuff.”    He lifted Travis’s rear by grasping a handful of fur, which Travis didn’t mind in the slightest, then various straps were fastened and he tottered off across the grass. 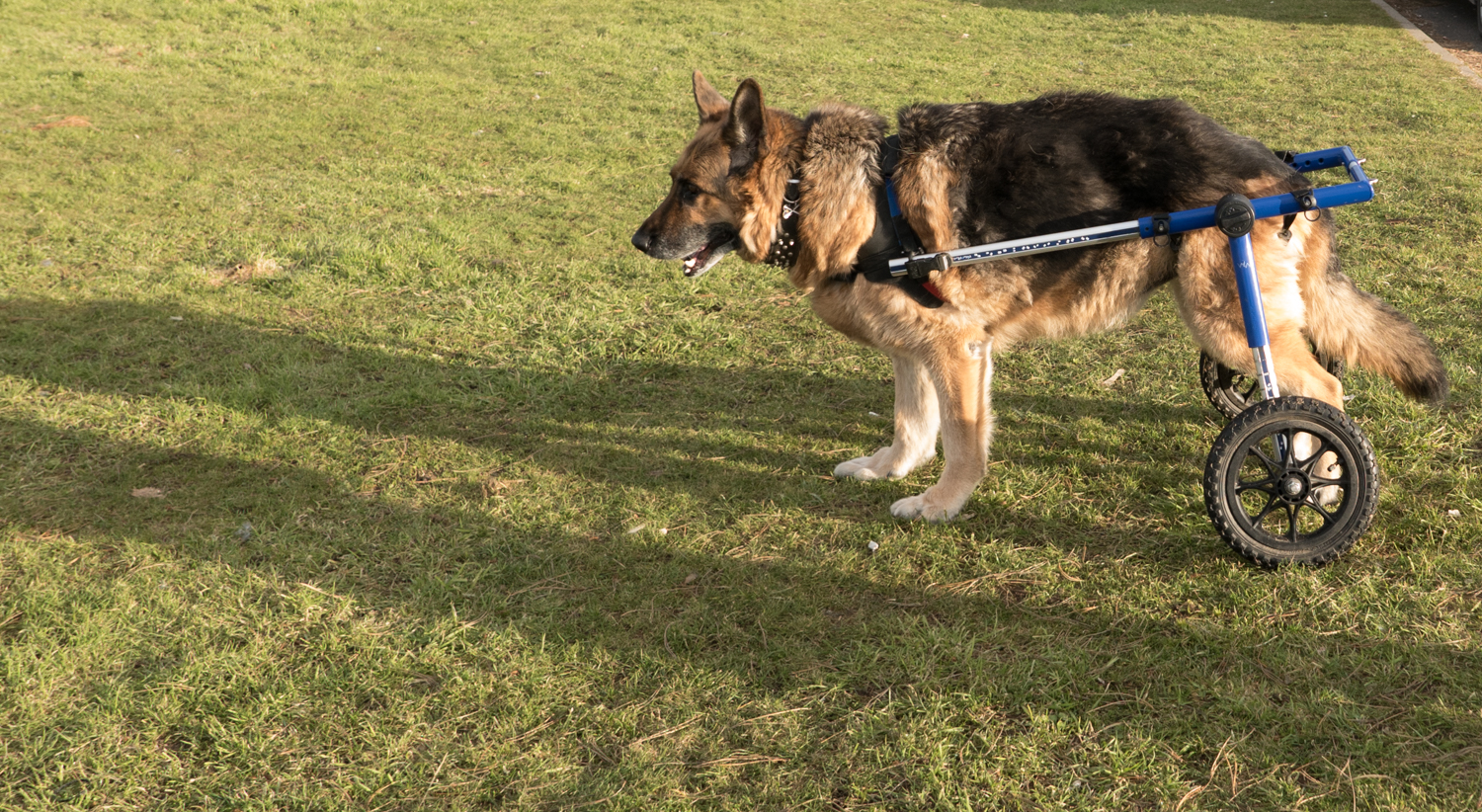 “He still tries to use his back leg which doesn’t work so it just drags along the ground and I’ve had to get protective boots for him – the ones they use for huskies that are racing on jaggy ice so they can protect his foot. He wears them out so quick though its costing me a fortune!” and he smiled and laughed. “But he’s a good old boy and worth it, he’s my mate.” 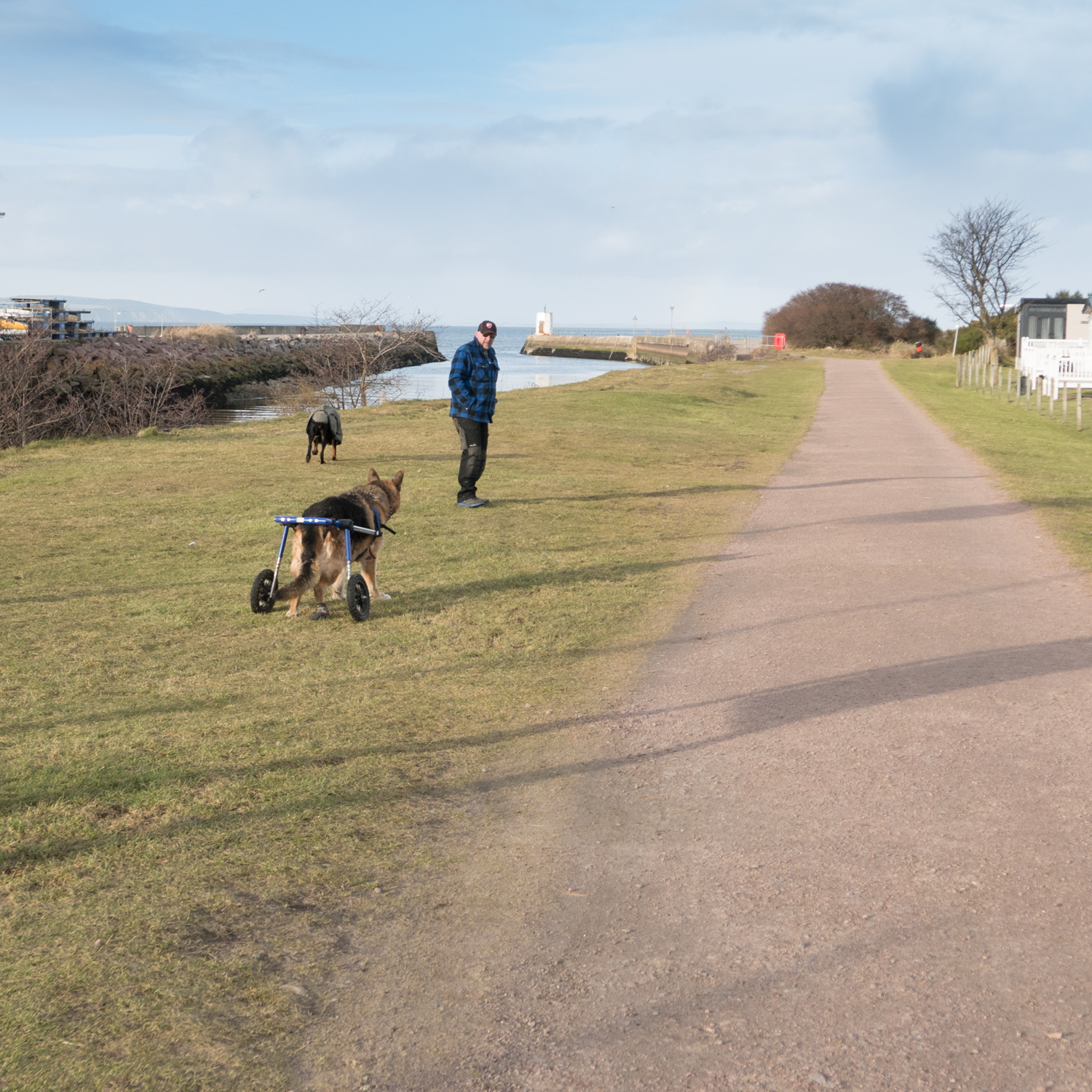 I watched them go, slowly at first then a wee bit quicker as Travis got into his stride, heading along the riverside path to the beach…and freedom.